FOD keeps us laughing with The Hungover Games, and Meg Tilly returns to the stage in little ol’ T.O.

FUNNY OR DIE:  On Monday I told you about the new Rob Reiner-Billy Crystal sequel to When Harry Met Sally with Helen Mirren in a key romantic role. The whole thing was a gag dreamed up by Rob and Billy for Will

Ferrell’s startlingly successful comedy website Funny or Die, as you could tell almost immediately after you clicked on the sneak preview. Award-laden actress Mirren, who rarely get the chance to play comedy, was clearly up for her assignment, and watching Rob and Billy’s meetings with young, trend-happy “studio executives” is priceless. If you missed Monday’s column, or by any chance took it seriously, click here for that special sneak preview of When Harry Met

HUNGOVER GAMES: it all seems so familiar ...

Sally 2, a movie that hopefully will never get made. Nonetheless, most of today’s major movers and shakers love sending up their own careers on FOD, and FOD loves sending up the industry that spawned it. As soon as The Hunger Games was released, and even before it achieved its mammoth box office numbers, FOD was on the case. “Each year, drunk people are selected to participate in torturous games the morning after a big night out. There’s no sunglasses, no water, and no headache medicine.” Yeah, right. To see the trailer for The Hungover Games, click here. And enjoy!

CASTING ABOUT: Ex-time traveller Scott Bakula (he did it before Erin Karpluk) is headlining a new plot, Table For Three … Jimmy Fallon is exec producing a new comedy pilot about three 30-something guys who become parents despite the fact that they haven’t grown up themselves … Frances Conroy and Tovah Feldshuh are among the stars in Beautiful People, a pilot for a series in which families of mechanical human beings exist to service the human population  — until some of the mechanicals begin to “awaken”… Jason Ritter, Michael Imperioli and award-laden Broadway star Norbert Leo Butz spark County, a pilot about  young doctors, nurses and administrators in an underfunded and morally compromising L.A. County hospital … Phylicia Rashad returns to the small 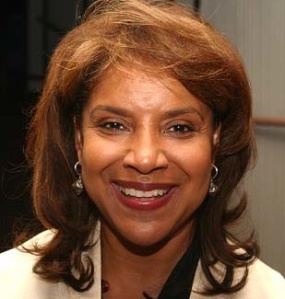 screen in Do No Harm, a pilot about a brilliant neurosurgeon (Steven Pasquale) whose dangerous alter-ego threatens to wreak havoc on his personal and processional life (calling Dr. Hulk?) … and Julia Stiles plays a female FBI cult specialist who investigates the mysterious disappearance of a group commune in Alaska in Midnight Sun, a pilot based on the hit Israeli format.

of Anarchy, and not as a cop. He’ll be playing a gang member … Bruce McDonald is set to personally introduce Hard Core Logo II, his long-awaited follow-up to his cult classic mock-doc Hard Care Logo, tonight at TIFF Bell Lightbox … Theatre Sheridan’s rave-garnering production of Rent has been held over even before it opens! The TS production, now set to open May 16 at the Panasonic Theatre, was originally booked to close on May 27 but will now run through June 3. To order tickets, click here … and Meg Tilly, so terrific in Global’s Bomb Girls series, returns to the stage this month at the Tarragon in a revival of the Michel Tremblay classic The Real World?  — which originally premiered at Tarragon almost 25 years ago. The stellar cast assembled by director Richard Rose also features Matthew Edison, Cara Gee, Sophie Goulet, Tony Nappo, Cliff Saunders and Jane Spidell, and previews start April 24. Click here for tickets. And have a great weekend.