Soup for the soul, Maya hosts SNL, and Carol makes us so glad we have this time together

OUR TOWN  A new dance showcase opens in T.O. today with an intriguing history.  Citadel, a new centre for contemporary dance in Regent Park, was once a Salvation Army soup kitchen. The newly-renovated centre (by architects 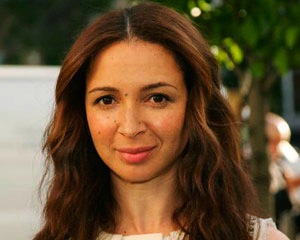 RUDOLPH: back to her roots

provided a stirring finale to Sunday afternoon’s celebration of writer-producer Joe Bodolai at the Young Centre. The event was deftly hosted by longtime Bodolai booster Albert Schultz. who ushered in a series of heartfelt salutes  to Bodolai’s achievements from comedy luminaries  Harry Doupe, Mark Farrell, Anna Gustafson, Ron James and Kenny Robinson. Musical charmers Cherie Camp, Geoff Kahnert and John Welsman also treated the crowd to a performance of Everything’s Gone Wrong Since I Left Mr. Right, one of the tunes Bodolai composed in his radio days.   All in all. a touching tribute to a brilliant artistic explorer who got  lost on his expedition and, tragically, never found his way home again.

FUNNY GIRL(S):  Fearless foursome Robin Duke, Jayne Eastwood, Kathryn Greenwood and Teresa Pavlinek, aka those fabulous Women Fully Clothed, are now a hit south of the border too. Last week they were deep

in the heart of Texas (and I do mean Dallas) … seasoned showstopper Sandra Shamas headlines the Feb. 25 East End Comedy Revue at the Dominion On Queen … standup ladies Martha Chaves and Laurie Elliott share the bill on this Friday night at the Flying Beaver Pubaret on Parliament … Maya Rudolph returns to her roots this weekend to host Saturday Night Live … and I gotta believe fellow SNL alumnus Tina Fey played a big part in that dazzling NBC Super Bowl commercial – and not just on screen, either. The network spot probably had a bigger budget than most Canadian films, but you can certainly see the money on the screen. If you missed it, just click here – and enjoy!

HAPPINESS IS A NEW MAGAZINE:  Intrepid funnyman Rick Mercer graces the cover of the first issue of What Makes You Happy, a 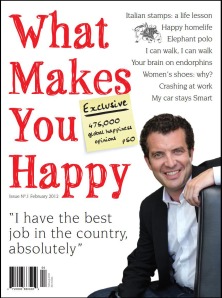 WHAT MAKES US HAPPY? This mag!

glossy good-news magazine distributed in T.O. last week to Globe & Mail subscribers. Mercer was among the honorees last weekend at the cfpdp‘s 28th annual gala, deftly hosted by CBC News anchor Suhana Meharchand at the Fairmont Royal York. (When the exhuberant crowd in the Canadian Room became too boisterous, Meharchand shushed them elegantly but firmly. “I’ve had three husbands,” she dead-panned — “I’m not afraid of you!”) King Clancy Award winner Mercer still insists he has the best job in the country. And if you’re not a Globe & Mail subscriber, you can still sample the first issue of What Makes You Happy on line, including publisher Johnny Lucas‘ entertaining  interview with Mercer, A Chip off the old Rock, right here.

LULLABYE & GOOD NIGHT: It’s her third book on the New York Times bestseller list, but this one is perfect bedtime reading – and not because it puts you to sleep. Now in paperback, Carol Burnett’s 200- page collection of anecdotes, This Time Together: Laughter And Reflection, is like a warm, 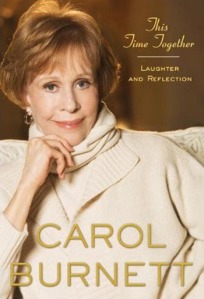 BURNETT: On the page and in person

long-awaited visit with an old friend who has finally agreed to tell you what really happened behind the scenes. Because she tells her stories in bite-size capsules, she gets to tell more than 60 of them, some of them surprisingly personal, most of them genuinely amusing, and all of them engaging. Some of the names involved in her anecdotes may surprise you, especially her close encounters with film greats Joan Crawford, John Huston, Laurence Olivier and Barbara Stanwyck. One classic story unfolds when she receives a telephone call from Martin Brando, whom she had long admired but never met. Brando had read a report in People magazine that Burnett had finally acquired something she’d always wanted: A chin. (“I had always wanted a chin. I was born with a weak one.”) An oral surgeon had added about three millimeters to her existing chin, with exceedingly pleasing results, and Burnett was back in New York when Brando called her from Los Angeles. 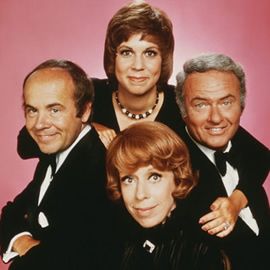 “Where’d you get your chin?” asked Marlon. “My chin?” said Burnett. “Yes,” said Brando. “My wife’s sister has a weak chin and wants to fix it. Where’d you get yours done?” Thus begins Burnett’s lengthy exchange with Brando, one of many great conversations in the book. As you might expect, there are some very touching moments too. When Burnett’s daughter Carrie Hamilton was in hospital, dying of cancer, one of the nurses asked her why she smiled so much. Burnett says her daughter replied, “Every day I wake up and decide: today I’m going to love my life.” Another lesson worth learning, in a heartwarming collection of stories worth reading. P.S. If you’d like to see Burnett in person, she set to do  two (2) nights of her Q&A show May 4 & 5 at Fallsview Casino in Niagara. But if I were you, I’d order those tickets sooner than later. When it comes to box office, the lady is still a champ.