Strombo gets YGL status, the Giller gets a new home, and Jesus steps up to the plate on Broadway

OUR TOWN: No wonder the upcoming April 10-22 TIFF Kids International Film Festival is already causing such a buzz. Guests set to participate in the new Roundtable Sessions designed to help delegates connect with each other include

wings. Yes. that would be the Rosemary Dunsmore directing the Anosh Irani comedy My Granny The Goldfish, opening tonight at Factory Theatre …  and it’s official – the 2012 Scotiabank Giller Prize winner will be named on Tuesday October 30 at a gala black-tie dinner, not at the Giller’s traditional home at the Four Seasons hotel but at the still-newish Ritz-Carlton on Wellington Street. This year’s jury members are Dublin-based Roddy Doyle, Toronto-based Anna Porter and New York-based Gary Shteyngart.

NO PEOPLE LIKE SHOW PEOPLE: Irrepressible barfly Buddy Cole (aka irrepressible Kid In The Hall Scott Thompson) sashays back to Maggie 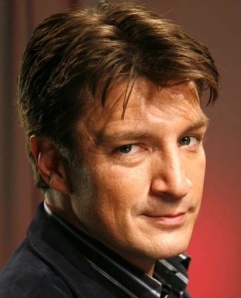 Cassella’s Flying Beaver Pubaret this evening for a three-night stand … Gifted Man co-star Rhys Coiro has joined the CBS mystery pilot Applebaum …  Bridesmaids alum Wendi McLendon-Covey is set to co-star in ABC‘s comedy pilot Only Fools and Horses …  Castle star Nathan Fillion is set to play Hermes in the Percy Jackson sequel … ER alumnus Anthony Edwards has signed on as the lead in ABC’s drama pilot Zero Hour, not to be confused with Jim Brochu‘s one-man show about Zero Mostel. In this Zero Hour Edwards plays a character who stumbles into an enormous conspiracy when his wife is kidnapped … and just call him YGL.

Yes, your boyfriend George Stroumboulopoulos was recently named a Young Global Leader by the World Economic Forum, joining a select group of outstanding young leaders from around the world for their professional accomplishments and commitment to society. Meanwhile, Strombo is off to the west coast next month to tape a series of episodes at CBC Vancouver from Tuesday, April 3 to Thursday, April 5, and yes, some tickets are still available. For more information on how to score ’em, click here.

ON THE GREAT WHITE WAY: He’s opening on Broadway tonight in the title role, but Paul Nolan (aka Jesus Christ Superstar) confesses he still has baseball on his mind. After his show opens, he wants to play in the Broadway

league. “It will not be a successful year unless I’m doing that,” he told Broadway.com. Nolan says Jesus Christ Superstar at Stratford “was one of the first times in my career that I didn’t have to audition, so that was great.” Director Des McAnuff hand-picked him to play the lead, and after he saw Nolan in the show, Superstar composer Andrew Lloyd Webber gave him a hug — “but he looked kind of shocked. I didn’t know whether that was good or bad. But obviously it was good!” Obviously. Here’s hoping he hits it out of the park tonight. Meanwhile, Superstar lyricist and triple Tony Award owner Tim Rice will receive a well-earned Special Award at the upcoming 2012 Olivier Awards in London as a “celebration of his outstanding contribution to musical theatre.”

ECONOMICS 101, or, What I Learned On The Internet Today:  It’s a slow day in the small town of Pumphandle and the streets are deserted. Times are tough, everybody is in debt, and everybody is living on credit.  A tourist visiting the area drives through town, stops at the motel, and lays a $100 bill on the desk saying he wants to inspect the rooms upstairs to pick one for the night.  As soon as he walks upstairs, the motel owner grabs the $100  bill and runs next door to pay his debt to the butcher. (Stay with this. And pay attention)  The butcher takes the $100 and runs down the street to retire his debt to the pig farmer. The pig farmer takes the $100 and heads off to pay his bill to his supplier, the Co-op.  The guy at the Co-op takes the $100 and runs to pay his debt to the local prostitute, who has also been facing hard times and has had to offer her “services” on credit.  The hooker rushes to the hotel and pays off her room bill with the hotel Owner.  (Almost done. Keep reading) The hotel proprietor then places the $100 back on the counter so the traveller will not suspect anything.  At that moment the traveller comes down the stairs, states that the rooms are not satisfactory, picks up the $100 bill and leaves.

No one produced anything.  No one earned anything.  However, the whole town now thinks that they are out of debt and there is a false atmosphere of optimism and glee. And that, dear reader, is how a “stimulus package” works!