Luba returns to her roots, Rick goes back to school(s), and flashbacks to tasty times at Truffles

END OF AN ERA: Sooner or later we’re all history. Bistro 990 is gone — witness Bill Marshall’s splendid salute in the National Post — and the Four Seasons closed last week, and I enjoyed some wonderful times in both places. In its heyday the Four Seasons restaurant Truffles was even better than Le 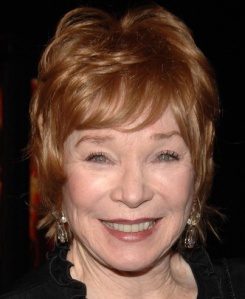 Cirque, and many New Yorkers shared that opinion.  At Truffles one night I shared a saffron palate cleanser with Shirley MacLaine, who put one spoonful in her mouth and grimaced. “Don’t eat it!” she warned. “It takes like tin!” When I explained it was saffron, she stared back at me blankly. “Saffron,” I persisted. “Like the colour of a monk’s robes.” Her eyes widened. “Oh, saffron!” she purred, and gobbled up the rest of it. At Truffles I introduced 75-year-old theatre legend Helen Hayes to Gordon’s Gin Tomato Soup, and she liked it so much she ordered it again the next day. “I should go out to dinner with you more often!” she teased. But everything must change, and now Sutton Place is set to close its hotel doors June 15 to begin the process of reconverting the property

into an upscale condominium. (So where do the hotel’s current apartment dwellers go from here? Just askin’ … ) However, I’m not nearly as nostalgic about that hotel anymore. It was glorious in the Hans Gerhardt era, when that superb hotelier would import Wolfgang Puck and the namesake nephew of Italian legend Alfredo De Leio  (as in Fettucine Alfredo) to cook up a storm in his elegant Sanssouci dining room. In those days you could barely make it through the lobby without bumping into two or three mega-stars – but that was once upon a time, many years ago. Meanwhile, if you’re looking for hotel space downtown in the next two months, I’m told Sutton Place is offering some of its rooms and suites at deep discounts. So enjoy it while you can.

HELLO WE MUST BE GOING: Two more season finales tonight. First, Rick Mercer wraps up his ninth (!!!) season by going back to school, attending celebrations at the winning schools in the annual Mercer Report Spread the

MERCER & FRIENDS: back to school

Net Student Challenge. Watching Mercer interact with elementary school kids is definitely something to see. Following his 8 pm Rick Mercer Report on CBC is the season finale of 22 Minutes, with Shaun Majumder at the Junos, Mark Critch at the Trudeau-Brazau fight and, if we’re lucky, HRM 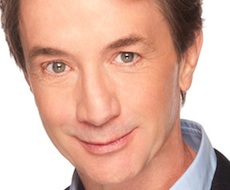 LUBA: back on the boards

PEOPLE: Special bulletin to Air Farce fans (and I know you are legion:)  Your favourite funny lady Luba Goy is coming home to a stage near you. She’s set to open May 7 at the Berkeley Street Theatre in Luba, Simply Luba, an autobiographical one-woman show penned by Diane Flacks …  John Peller, whose family makes those tempting Peller Estate wines in Niagara, and Wayne Gretzky, who needs absolutely no introduction, have joined forces and vineyards to make new vintages together. “Our families share the same commitment to quality,” Keller recently told his subscribers, “and we both feel passionate about making award-winning wines that we can share with you.” Okay, but will they sell for $99? Never mind, just kidding … devoted jazz buff Tim

Tamashiro took over the reins of Tonic on CBC Radio this week from legendary music maven Katie Malloch, retiring from the airwaves after a 40-year career …  Juno Nominee George Olliver performs at the Old Newcastle House in – where else? – Newcastle, ON this Saturday night …  Stuart Townsend is back in T.O. to headline season two of the one-hour conspiracy thriller XIII.2 which will film in and around Our Town from now through to mid-July. Townsend plays XIII, a lethal former secret agent whose memory has been erased. The 13-episode original series will air on Showcase this fall …  The Voice judge and Maroon 5 front man Adam Levine is in talks to make his acting debut with Jessica Lange on American Horror Story … and how did Aaron Sorkin keep his new HBO series The Newsroom under the radar so brilliantly for so long? And will Ken Finkleman want his title back? Stay tuned.