A doc for mrs kutcher, a French film for Fonda, a hip new handle for Jann, and a loving look at Don & his Rose

AMERICAN TWEETHEARTS: Still-sultry screen siren Demi Moore – aka mrskutcher to her 2.6 million daily followers — admits that her obsession with Twitter, so very shared with hubby Ashton Kutcher (aka aplusk, with 4.6 million followers of his own,) does have 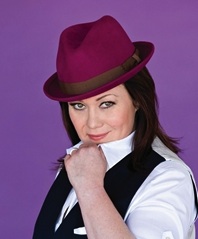 an effect of their daily lives. “”I don’t think he ever says anything to me that is more than 140 characters long!” quips Demi. Mrs. Kutcher and her talented fun-loving hubby will be the subject of a new documentary focusing on their adventures in Twitterland … more than likely inspired by the success of James Lipton’s Inside The Actors Studio, HBO is getting into the Star Turn business with Masterclass, anine-episode documentary series set to premieres on Sunday April 18. Artists set to tell Almost All include Edward Albee, Bill T. Jones, Liv Ullmann, Jacques D’Amboise, Placido Domingo and Frank Gehry … Jann Arden tweets that she’s considering a name change. At the moment she’s favouring Diddy Ja Ja … and now that Sandra Bullock has joined the list of award-winning females whose marriages fell apart shortly after their big moment at the Academy Awards, my hero Liz Smith has some solid advice for future winners. “When actresses go up to accept awards,” sez Liz, “they should just thank themselves!” 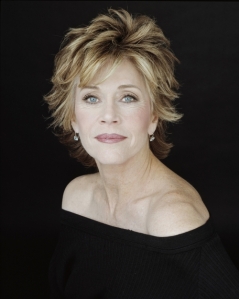 STILL FABULOUS, STILL FONDA: Enduring screen lioness Jane Fonda is prepping to shoot a French film in Paris in June – “my first film in French in almost 50 years!!” Fonda describes it as  “a tender, humorous, charming story about two couples and another dear friend with whom the two women had once been lovers who, because of the financial and physical challenges of age, decide to all move in together. (As many seniors are doing these days) A young sociologist who is doing research on the lives of older people is invited to live with them as well.” She admits she was startled when she met the film’s writer-director Stéphane Robelin and producer Christophe Bruincher. “I was startled by how young they both are! Stéphane is 39 and Christophe is 35. Just about the age of my children.” But she was thrilled to finally meet co-star Geraldine Chaplin. “I have always wanted to meet 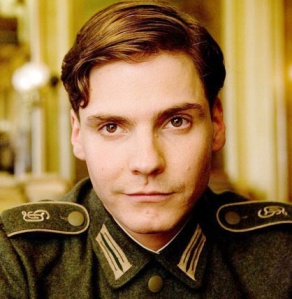 her. I was on stage with her father the night he made his triumphant return to Hollywood to receive a Lifetime Achievement Award at the Oscars—the same night I won mine for Klute.” In the film Fonda plays an American who has lived all her life in France and is a Professor of Philosophy at the Sorbonne. German star Daniel Bruhl, so terrific as the young propaganda hero in Quentin Tarantino’s Inglourious Basterds, plays the young researcher who moves in with the seniors and bonds with Fonda’s character. Bruhl’s personal presence, Fonda reports, is “sweet, attentive and soulful. Perfect for the role.” And she won’t be surprised if her first husband, legendary director Roger Vadim, is a frequent visitor to the set. She’s expecting to see lots of him. 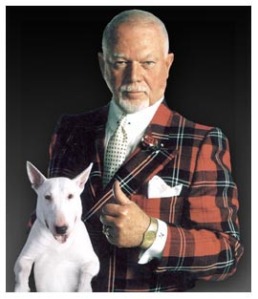 YOU THINK YOU KNOW A GUY, BUT — : Must admit I’d never heard of actor Jared Keeso before last night’s premiere of Keep Your Head Up, Kid on CBC. but I’m a fan now. His work in Part One of the two-part Don Cherry screen bio is absolutely stellar — tough, endearing and funny. Sarah Manninem is spectacularly good as Rose, the soft-spoken iron butterfly he woos and weds, and in last night’s opener Stephen McHattie gave us an eccentric, truly memorable portrayal of Eddie Shore. Written by Don’s son Tim Cherry and deftly directed by Jeff Woolnough, this is one wildly entertaining Movie Of The Week, so elegantly produced that you can enjoy it even if you’re not a hockey fan. Cherry himself  said he planned to watch the screen story of his life last night “with commercials and all, just like everybody else,” with his faithful pooch Blue by his side. I can only hope he and Blue enjoyed it half as much as I did. And yes, I’ll be glued to my set tonight when CBC  premieres Part Two tonight at 8 pm.