NO BIZ LIKE SHOW BIZ: India has halted location filming of the Cate Blanchett– Hugh Grant drama Indian Summer because the government 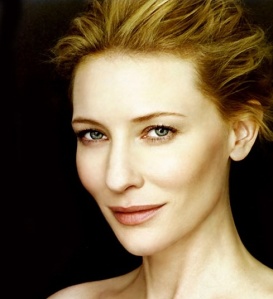 reportedly fears the movie will portray the rumored love affair between Lady Edwina Mountbatten and national icon Prime Minister Nehru … despite a stellar performance by Paul Bettany as Charles Darwin, this year’s TIFF opener, Creation, hasn’t found an American distributor because the theory of evolution is considered “too controversial” for the United States. Ah yes – as the French say, plus ça change, plus c’est la même chose … despite its catchy title, the sci-fi series Defying Gravity couldn’t. ABC has already dropped it, and CTV is shuttling it to its satellite Space station … on the other hand. David

IT’S THE GREAT PUMPKIN! AND HE FLOATS!: Don’t know how you spent your weekend, but Rick Mercer went sailing — sort of. He teamed up with Pembroke, Ont. kayaker and Olympian Sarah Boudens to compete in the

fourth annual Giant Pumpkin Boat Races in the Laurentian Valley Townships and, according to Pembroke Daily Observer reporter Stephen Uhler, “seemed to take particular delight in ramming the pumpkin craft piloted by MP Cheryl Gallant.” Nearing the finish line, Uhler reports, Mercer “was seen to use his paddle to try and shove the MP’s watercraft under, although to be fair, for much of the race the waterline of her vessel was barely above the surface.” Guess we’ll have to wait to find out who won. Meanwhile, brace yourself for a white-knuckle 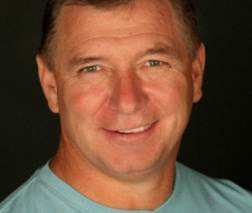 ride tonight when two men-in-motion, Mercer and Rick Hansen, take a death-defying plunge (literally!) on the season premiere of The Rick Mercer Report on CBC.

QUOTABLE QUOTES: “I’ve created an old-fashioned full-service throwback.  We offer radio listeners an alternative to the automated, cookie-cutter radio stations.  We still originate live music and present the ever more rare pop classics from the 30s/40s/50s and 60s.  We celebrate the music of an age when the tempo was slower, you could still make out the words, and people still believed in love.”

The speaker? New AM 740 proprietor Moses Znaimer, who is giving his Zoomer Radio station a first-birthday boost with digital stereo sound, a new website and new interactive content. Znaimer’s new maverick station reaches his ‘45-Plus’ target audiences throughout Southern Ontario from Windsor to Kingston, north to Parry Sound, and south into 28 U.S. States.

NO BIZ LIKE SNOW BIZ: Full of admiration for our Canadian athletes as they show their stuff on those eye-catching promos narrated by Donald Sutherland for the CTV Olympics? Me too.  But those snowy hills and mountains we keep seeing aren’t in Whistler. They’re in Chile, because that’s where our athletes are training for the 2010 competition, so that’s where CTV goes to shoot those great spots. And what does South America have that we don’t? You guessed it: Snow.

And who would willingly choose that name???