Cole Porter said it with music, but with all the attention he’s getting, is Justin Bieber ‘just one of those things”?

His new CD My World 2.0 debuted at the top of the Billboard 200 albums chart this week, making him the youngest male artist to hit #1 on Billboard since a 13-year-old Stevie Wonder in 1963.

To borrow a lyrical phrase from legendary songwriter Cole Porter, is Justin Bieber just ‘too hot not to cool down?’

The 16-year-old bubblegum popster from Stratford Ontario has been actively pursuing fame since he posted his homemade music videos on YouTube when he was 13.  As Internet success

stories go, he’s no Susan Boyle – but he did attract the attention of, and subsequent offers of management from, both Usher and Justin Timberlake.  As you probably know (unless you’ve been in a convent,) he signed with Usher, who has become not only his mentor and shrewd in-house guru but has also appeared with him in music videos and on key TV talk shows (e,g., Ellen.) Usher, as if you didn’t know, is one smart, talented and uncommonly classy guy. Professionally, at least, young Justin is in very good company.

Bieber is the first artist to have seven songs from a debut album make it on Billboard’s Hot 100 chart and his new sizzling hot CD is his  first studio album. His first tour as a headliner, coming up this summer,includes gigs at the Air Canada center in Toronto on Aug. 21, the John Labatt Center 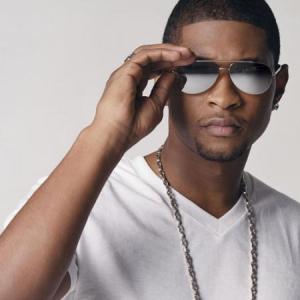 in London, Ont. on Aug. 22, and Scotiabank Place in Kanata, Ont. on  Aug. 24. And as if those rooms aren’t large enough he’s already set to play Madison Square Garden on August 31.

His fans in Newfoundland will get to glimpse him even sooner. When CTV telecasts the 2010 Juno Awards from St. John’s on April 18, Bieber will share the spotlight with Billy Talent, Blue Rodeo, Classified, Drake, Great Lake Swimmer, Johnny Reid, K’Naan, Metric and another Madison Square Garden veteran, still new-ish old pro Michael Bublé. 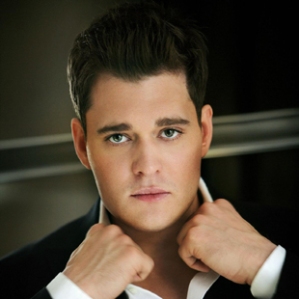 BUBLE: with Justin at Junos

life. He loves performing, he loves his fans, he loves making music.  It took Michael Bublé 10 years to get booked at Madison Square Garden, but 10 years from now he’ll still be playing the big rooms. Ten years from now Justin Bieber will be 26, his teen glory days far behind him. When full-bloom BieberMania ends – as it most certainly will — let’s hope Usher can help Bieber sidestep the showbiz traps and pitfalls that have crushed so many other meteoric shooting-star careers.

In the meantime, I won’t be one bit surprised if readership of this blog spikes today — not because I’m writing about Justin Bieber, but just because I mentioned his name.

Yes, folks, he really is that hot.

TONY’S FIRST LADY: Do you know who won the very first Tony Award? Give up?  It was screen siren Patricia Neal for her performance as Regina Hubbard in Lillian Hellman‘s Another Part of the Forest in 1946.  Which is only one reason that the Peccadillo Theater Company will present An Evening with Patricia Neal at the Players Club in Manhattan on April 12. Neal, a director’s actor whose distinguished screen stints include The Fountainhead, A Face In The Crowd and Hud, will be presented with PTC’s Legends of the American Theater award, one more highlight in a long and illustrious career.

Happy long weekend. And remember, we all need to be in the light now and then. So don’t forget to soak up some sunshine!