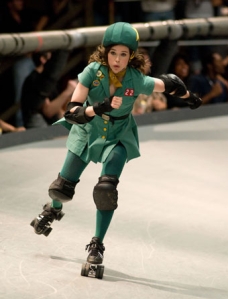 PAGE: on a roll

MEANWHILE: Don’t be surprised if TIFF-bound Jason Reitman, who scored his first big hit at the festival with Thank You For Smoking, bumps into his Juno star Ellen Page. The irresistible Ms Page is coming here to promote Drew Barrymore’s first film as a director, Whip It, which features the most roller derby pulchritude we’ve seen since Raquel Welch tore up the track in Kansas City Bomber.

Meanwhile, joining Page and Barrymore on screen are formidable femmes Marcia Gay Harden, Juliette Lewis and SNL scene-stealer Kristen Wiig, so what’s not to like?

Meanwhile, director Reitman, still in L.A. finishing his new TIFF entry Up In The Air, has been taking Sundays off to screen movies he’s never seen but always wanted to. Last Sunday’s screening? Francois Truffaut’s 1959 classic The 400 Blows.

NO PEOPLE LIKE SHOW PEOPLE: Prima ballerina turned prima producer Veronica Tennant is on the Gemini honours list again. This time she’s up for two, with a Best Director nomination for her shot-in-Cuba dance essay, Vida Y Danza Cuba, which is also nominated for Best Performing Arts program. Ms 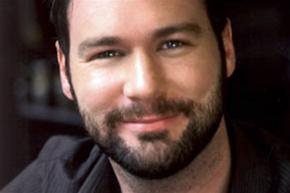 Tennant’s brilliant cinematographer, Don Spence, is also a nominee this year, for his fearless camerawork on the Rick Mercer Report, which is about to launch its seventh season on CBC Television … reigning country music queen Shania Twain and Tony-winning Wicked star Kristin Chenoweth (Pushing Daisies) have both been tapped to sub for Paula Abdul as guest judges on the next season of American Idol … and Canadian crowd-pleaser Jon Dore headlines at Comix, the comedy club on West 14th Street, this weekend in Manhattan.

OH TO BE A FLY ON THAT WALL: It’s official — Barbara Streisand is giving an intimate concert of selections from her new album at the famed New

York jazz club the Village Vanguard on Sept. 26. Her new album, Love Is the Answer, will be released Sept. 29 and marks the first time that Streisand has worked with Diana Krall and her combo. Streisand was executive producer of the album; Krall was producer.

“Her mom used to play my records,” says Streisand, “so she kind of grew up with them. I usually produce a lot of my own things, so we did it as a collaboration.” 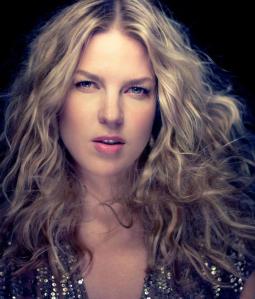 Krall always records basic tracks with her band and then the orchestra is added later. “David Foster records that way, where you do the tracks first,” Streisand told L.A. Times reporter Susan King. “I don’t particularly like it. But it brought me back to the way I started, so there was something very … nostalgic … about it.”

The small Manhattan clubs where she got her big break, the Bon Soir and the Blue Angel, are gone now. When she was 19, she auditioned at the Vanguard, where Miles Davis was the star of the show. “I didn’t get the job.” No, but somehow she managed to survive. Last month her three-disc DVD set, Streisand: The Concerts, went platinum after a three-week run at No. 1 on the Billboard Charts, making it the biggest selling music DVD of 2009.