OUR TOWN: Talk about your embarrassment of riches. Monday May 7 must hold some special showbiz magic, because that’s night that enduring stage and screen siren Kathleen Turner will be on deck for an In Conversation 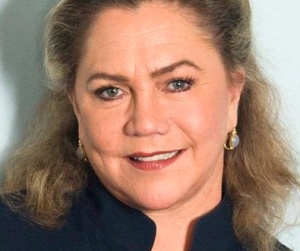 session at Tiff Bell Lightbox. Also set to light up the Lightbox that night is another talk-and-tell event from the Canadian Film Centre’s Test Pattern series, with Mad Men executive producers Andre & Maria Jacquemetton. And just down the street, at Oliver & Bonacini’s re-dazzled Arcadian Loft, a few dozen of our brightest sparklies will engage in fund-raising wordplay at the 8th annual Scrabble With The Stars, co-hosted by perennial favourites Jeanne Beker and Barry Flatman … Adrienne Clarkson will salute Leonard Cohen the following Monday, May 14, at 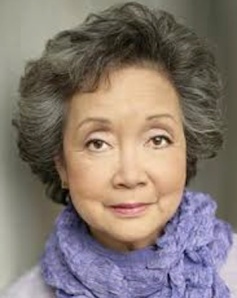 CLARKSON; kind words for a poet

Massey Hall, when he’s feted for winning the ninth Glenn Gould Prize, Musicians set to serenade include his son Adam Cohen, the Cowboy Junkies and Gordon Pinsent with his new sidekicks Greg Keelor and Travis Good … and James Kudelka is premiering his new work, House Of Mirth, in Peterborough next week before opening here at The Citadel on May 9.  Produced by Coleman Lemieux & Co., it’s based on the Edith Wharton novel of the same name. Set in the 1890s, it features four female dancers (including the iridescent Laurence Lemieux,) four male opera singers and five-piece chamber orchestra, in a setting designed to evoke a 19th-century society salon. After its run of performances here in Toronto, Kudelka may take House Of Mirth to The Mount, Wharton’s estate in Massachusetts, and possibly on to New York, 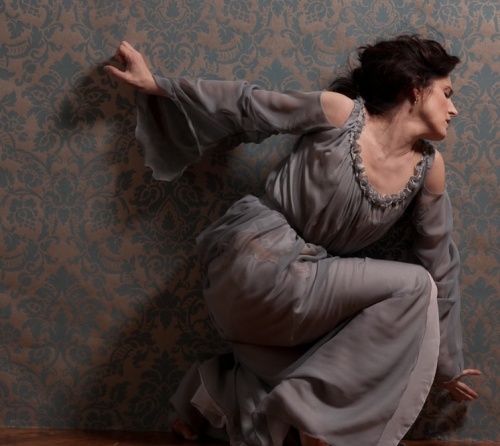 LEMIEUX: a House Of Mirth in Peterborough 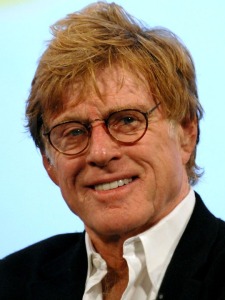 NO PEOPLE LIKE SHOW PEOPLE: Remember I Hate Valentine’s Day, the romantic comedy written by and starring My Big Fat Greek Wedding screen-stealer Nia Vardalos? Me neither. But fans of the Sundance Channel are about to discover it for the first time, because Robert Redford has chosen Nia’s neglected rom-com for his new series, Robert Redford Presents. Set to debut tomorrow night, Redford will kick off his series with the 1996 version of Arthur Miller’s The Crucible with Daniel Day-Lewis and Winona Ryder. Already the Creative director of the Sundance Channel, Redford will now curate rates and critique independent movies weekly. Also on his personal Must list: Tony Scott’s Domino with 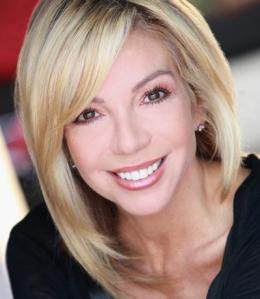 Kiera Knightley and Mickey Rourke, and David Lynch’s Blue Velvet with Dennis Hopper and Isabella Rossellini (as if you didn’t know) … TV drama exec Robin Neinstein, who put his career as a director (Souvenir Of Canada) on hold six years ago when he became a CBC production exec, is exiting the Mother Corp to join the Original Programming production team at Shaw …  Marvin Dolgay, Eva Everything, Michael Hirsh, David Hoffert, Paul Hoffert, Marilyn Lightstone, Maria Topalovich and Elaine Waisglass were among the showbiz boldface who turned out for shutterbug Brenda Hoffert‘s new-and-improved Shoes exhibition at the Cecile & Harry Pearl Gallery last night …  and get ready to laugh when funny girl Carla Collins takes the stage tonight and tomorrow night at Maggie Cassella’s Flying Beaver Pubaret on Parliament.

Good morning, T.O. June is bustin’ out all over!

Nah, don’t worry. It’s June, at last, but I’m not gonna go R&H on you. Although I must admit, the word-of-mouth on the Andrew Lloyd Webber‘s new production of Sound Of Music continues to be nothing short of spectacular. And 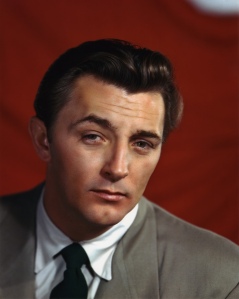 with that in mind, welcome to another week of razzle dazzle in Our Town.  Tasty items on this week’s showbiz menu include tonight’s TIFF Cinemateque screening of Otto Preminger’s sinister Jean Simmons-Robert Mitchum thriller, Angel Face, at the AGO, and  the announcement of the nominees for the 30th Annual Dora Mavor Moore Awards, not to mention the 2009 recipients for the Barbara Hamilton Memorial Award, the George Luscbombe Award and the Leonard McHardy and John Harvey Award, on Wednesday. Hip-hop soul man a.k.a. Subliminal launches his debut album TRAINATHOUGHT with an industry showcase Thursday night at 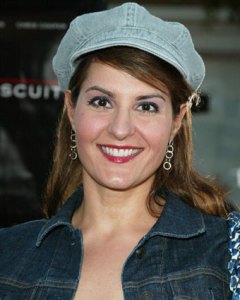 the Harlem Restaurant & Lounge; My Big Fat Greek Wedding creator Nia Vardalos’ much-anticipated new big-screen comedy My Life In Ruins opens here Friday (for a sneak preview, click here);and Saturday treats include tenor Guy Flechter, who will sing Johannes Brahms’ song cycle Die Schöne Magelone, accompanied by pianist Clark Bryan, at the Church of the Holy Trinity; the opening of the National Ballet’s smoldering production of Carmen, with Heather Ogden, Noah Long, Robert Stephen, Sonia Rodriguez and Jonathan Renna burning up the dance floor of the Four Seasons Centre;  and the Cinemateque unspooling of the historic Otto Preminger comedy The Moon Is Blue, with the late, great American screen icon Bill Holden, at the AGO. And why was it so historic, you ask? Well, you had to b e there. But since most of you weren’t, you can read Bosley Crowther‘s review in the New York Times, originally published on July 9, 1953 — yes, Toto, we’re not in Kansas anymore — right here.

THE NEW ‘VR’:  Starting in July, Vatican Radio will carry advertisements for the first time in its history — provided they are morally and ideologically sound. 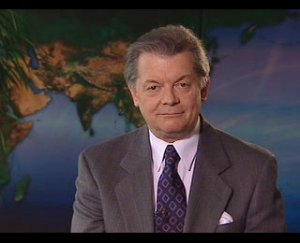 Potential advertisers will be screened for “ethical content.” The first advertisements will be for the Italian energy company Enel, and will be broadcast in five languages: Italian, English, Spanish, French and German.

Father Federico Lombardi, who is both the Pope’s spokesman and head of Vatican Radio, said Vatican radio costs over twenty million Euros to run but generates no income. “This programming, with an increasingly stable public, is naturally a place where publicity can more logically be inserted,” Father Lombardi said.

Vatican Radio broadcasts in 40 languages, is available 24/7 on FM stations in Italy, on short, medium and long waves and via the Internet, and employs around 200 journalists to broadcast news of the Pope and the Catholic Church to the world. 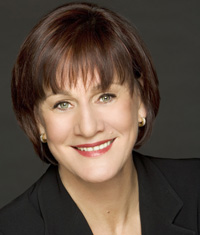 THE NEXT VOICE YOU HEAR:  Soon to be MIA on CBC radio and CBC Television: Brian Stewart, Don Newman, Steve Finkelman, John McGrath, Jeff Collins, Claire Nantes, Jim Nunn, Mark Bulgutch and more folks you listen to, all of whom are leaving the public broadcaster. CBC News: Sunday’s morning edition aired its last program yesterday after eight seasons; the Sunday night edition will be replaced by The National, which will be telecast seven nights a week beginning this fall. And CBC Radio chief Denise Donlon is rumoured to be consulting with Father Federico Lombardi of Vatican Radio.  (Okay, I made up that last part.)

SPECIAL P.S. TO THEATRE-GOERS: A new block of  $29 tickets for Stratford shows were released today for any performance of Macbeth, Cyrano de Bergerac or A Midsummer Night’s Dream for any dates from July through August. For details go to www.shakespearetixx.com. 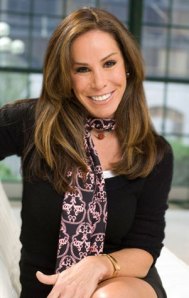 What happened? Donald Trump said his two trademark words, “You’re fired!” to Melissa Rivers. Rivers got canned after being virtually shut out by her ‘teammates,’ gorgeous Playboy ornament Brande Roderick and cunning poker champ Annie Duke, in what TV blogger Bill Brioux describes as the “electric, best ever episode of Celebrity Apprentice.”

Melissa’s mom (Joan Rivers, as if you didn’t know) went ballistic when her daughter got fired and stormed out of the Trump Tower — but not after (bleep) sharing her thoughts (bleep) with Brande and (bleep) Annie.

“Not since the hair-pulling heyday of Dynasty has there been such a catfight on TV,” said video veteran Brioux yesterday. “It was the ultimate, diva-in-flames exit, times two, the kind of thing (producer) Mark Burnett probably dreams about.”

Melissa said yesterday she had exploded because of exhaustion after a long shooting day.

She initially refused to do a post-firing interview, a standard feature of the series, but said she went back the next day.

“I really wanted to take a deep breath,” Rivers said. “It had been a very difficult few weeks of being attacked emotionally and personally. There’s only so much you can take.”

How sizzling was it? Go to Brioux’s website TV Feeds My Family and see for yourself. He even has video of the meltdown, “for as long as it stays up at YouTube:”  And you can check it out right here. 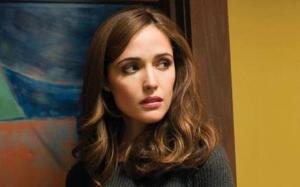 FLICKERS:  Director Jason Reitman (Juno) next opus is up in the air – but that’s okay. His new flick with George Clooney is called, you guessed it, Up In The Air  … Oscar nominee Richard Jenkins will join Oscar owner Julia Roberts for the big-screen adaptation of the best-selling Eat, Pray. Love …  Rose Byrne, so good as Glenn Close’s near-fatal foil in the hypnotic TV drama Damages, will co-star with Sean Combs in Get Him To The Greek … this year’s Genie Award winner for Best Documentary, the powerful film Up the Yangtze returns for an encore presentation on CBC-TV’s Passionate Eye this Sunday, May 3, at 10 p.m, … and My Big Fat Greek Wedding star Nia Vardalos returns to her roots for her new film, My Life In Ruins, in which she plays a tour guide in Athens who has to deal with, among others, Harland Williams, Rachel Dretch and Richard Dreyfuss.  Can’t wait to see it? For a sneak preview, click here. 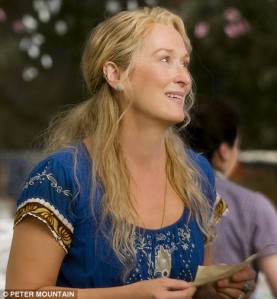 NO PEOPLE LIKE SHOW PEOPLE: After touring Canada more than a dozen times with his band the Cosmic Crew, Chris Colepaugh will guest with Roch Voisine’s band when Voisine tours of France, Switzerland and Belgium next month. Colepaugh will play pedal steel, mandolin and more on the tour, which starts at the end of May, runs through June and then picks up again in November and December … Debbie Reynolds, still kicking up her heels at 77, is set to bring her cabaret act to NYC’s Café Carlyle June 2 – 27.  And you can do her bidding, so to speak, by bidding on two tickets to her show, now being auctioned on charitybuzz.com, benefiting SOS Children’s Villages International, housing orphans with AIDS. Debbie will meet the winners after her performance, pose for pix, and lift a glass to good deeds in a naughty world (and surviving MGM?) … and Meryl Streep, a boffo box-office draw for female audiences ever since The Devil Wears Prada and Mamma Mia, says it’s “completely improbable” that she’s become the queen of counter-programming. “No one in Hollywood can understand it!” she told Entertainment Weekly.  “We’re so used to seeing movies about dysfunctional relationships. Here are these outsized, vivid, problematic women with great men of substance who love them in spite of all their prickliness.” She and her Doubt co-star (and fellow Oscar nominee) Amy Adams team up again in Julia & Julia, scheduled to preem in August. In this one Adams plays a somewhat unlikely acolyte to master chef Julia Child (Streep,) with Meryl’s Prada co-star Stanley Tucci joining in the fun.

ON YOUR MARK, GET SET: Tickets are going fast for Reporting in Afghanistan, the public forum hosted by CBC Toronto to mark World Press Freedom Day. To reserve your free ticket for this event, which is set for the Glenn Gould Studio tomorrow from 12:30 -2 pm, send an email to events@cbc.ca with your name, telephone local and the number of tickets you require … and nominations for The Comedy Network’s 2009 Canadian Comedy Awards & Festival in St. John, New Brunswick close this Thursday. You can enter online or by mail, but all mailed entries must be postmarked no later than April 30, 2009. So you only have two days left. To enter online just click here.