Wishing you could get away from reruns? 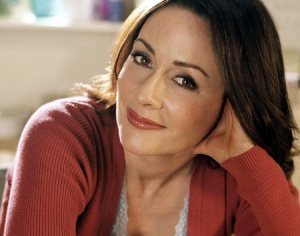 Lots of new shows are coming our way from our next-door neighbours. But hey — be careful what you wish for.

Accidentally On Purpose is a new CBS sitcom in which Jenna Elfman (Dharma & Greg) plays a film critic who gets pregnant after having a one-night stand and decides to raise the baby as a single mother. (I know, I know – hilarious.) Brothers is a new Fox sitcom starring Michael Strahan as a retired NFL star who is reunited with his brother whose promising football career ended because of a car accident. (Hey, the laffs just keep coming!) Modern Family is a new ABC sitcom written

and produced by Christopher Lloyd and Steve Levitan about three different families seen through the lens of a Dutch documentary filmmaker and his crew (think The Office with accents and Married With Children anti-hero Ed O’Neill,) Cougar Town, exec produced by Courtney Cox Arquette, casts Friends alumnus Courtney as a divorced 40-year-old woman with a 17-year-old son and a 26-year-old lover. (Yup — problems ensue.) Patricia Heaton’s new ABC sitcom, sans Raymond, is The Middle, Her character, a car dealer salesperson, “is middle class in the middle of the country and approaching middle age.” And Hank is a new ABC sitcom, exec produced by Kelsey Grammer, who plays a washed-up Wall Street executive who is forced to return to his hometown and reconnect with his old friends. (James Burrows directed the pilot that got the green light. This is a good thing.)

New hour-long dramas set to go head-to-toe with Jay Leno’s new nightly gabfest include The Beautiful Life, exec-produced for CW by twitterbug Ashton Kutcher, about a group of young male and female would-be models in New York. with Elle Macpherson and Mischa Barton. The CBS drama Three Rivers with Julia Ormond tells the backstory of organ donors and their lucky (sometimes) recipients. NBC is in the medical mix too, with Trauma, about first responder paramedics. “When emergencies occur, the 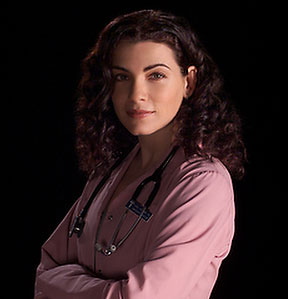 trauma team from San Francisco General is first on the scene.” Jerry Bruckheimer’s new ABC drama The Forgotten spotlights a group of amateur sleuths who take on John/Jane Doe cases to identify the victims so that they can bring their killers to justice. And Joseph Fiennes gets madly mixed up with quantum physics in ABC’s FlashForward,

Now that should be something to see!