SHARPS ‘N’ FLATS: Okay, now I get it. Last week I still couldn’t figure out why America has gone ga-ga for Lady GaGa. Then I saw her on the Much Music Video Awards.  Not only does she have all of Madonna’s moves and more, she

also has a big, bold, beautiful voice, slyly obscured by her sexy special FX. Even surrounded by thousands of Sunday night street screamers, this Lady’s megaTalent still came shining through …  my spies tell me that Pam Hyatt, who sparked many a musical revue here, regularly slips into Statler’s on Thursdays to sing a few standards with popular piano man Ken Lindsay. Count me in … good news for Babs Believers: She’s back, with all new tunes. Love Is The Answer, Barbara Streisand’s much-anticipated collaboration with producer Diana Krall (yes, you read that right) is her first new studio album in four years and should be in stores here by the end of September.

THE LAST TIME I SAW PEREZ: Now wouldn’cha know that Perez Hilton would get clocked in Toronto? Maybe the real mystery is howcum nobody took 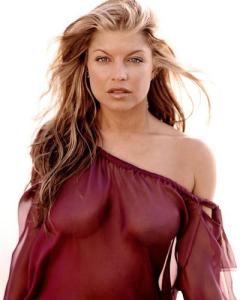 a shot at him before now. He certainly sparkled on the MMVAs in his bit with the Jonas Brothers. Meanwhile, in his 10-minute invective-laced apologia on his own website, he vehemently denies that it just a publicity stunt (“I have 10 million-plus people who visit my website every day! I don’t need press! I don’t need publicity!”) takes time to repeatedly slag Fergie and Will.I.Am, and tearfully decries violence (especially violence enacted upon him) as a solution to anything. “I like writing about other people’s drama,” he admits, but adds, “I don’t want drama in my own life.”

Yup. This from a guy who proudly promotes his feet-of-clay cyber-column as Hollywood’s Most-Hated Web Site.

Still curious? To see/hear his full rant – which truthfully gets pretty ugly at times – click here.

AND YOU THINK YOU HAD A BUSY WEEK? Since Celebrity Apprentice ended last month Joan Rivers says she’s been “busier than Angelina Jolie’s adoption agency.” In the last few weeks Z Rock started its second season on IFC

RIVERS: on the run

featuring Joan in her recurring role as Aunt Joan (“a name I’m not used to hearing unless ‘can you loan me…’ follows”), she’s been to San Francisco and Reno doing standup, she’s been traveling the country taping her new series How’d You Get So Rich for TV Land (it premieres in the U.S. on August 6th), she’s performed five sold out shows in London at the Southbank Center’s Underbelly Festival— “inside an upside-down inflated purple cow”  —  she finished her big June shows on QVC, she flew off to London for a week (including dinner with HRH Prince Charles & Camilla at Buckingham Palace,) then flew to Toronto (“Air Canada from London was soooo good!” she purrs) to spend last weekend on The Shopping Channel.

She’s also keeping a few other airlines in business. This Thursday she starts a four-night run of stand-up gigs in New York, Mississippi, Colorado and Arizona. And today she’s on The View.

So what’s your excuse?

COMING SOON TO A THEATRE NEAR YOU: Summer movies are coming fast and furious, but some of the best bets aren’t always the most obvious ones. Dream cast of the summer has gotta be Cate Blanchett, Matt Damon, Tina

Fey, Cloris Leachman, Liam Neeson, Lily Tomlin and Betty White — among others — on deck for Oscar-winner Hayao Miyazaki’s new Disney animation, Ponyo. And speaking of star power,  Leonardo Di Caprio’s fourth outing with director Martin Scorsese appears to be like any of their earlier efforts. Shutter Island is a thriller that evokes the spectre of The Snake Pit, with Ben Kingsley and Max von Sydow as the possible (we can’t be sure) bad guys. Entourage Emmy-sweeper Jeremy Piven, a mercurial hit on Broadway last season, is taking another crack at big-screen fame with The Goods, a go-for-it over-the-top comedy with Ving Rhames and James Brolin. And remember the quirky Spike Jonze offering Being John Malkovich, in which John Cusack found a portal into the actor’s head? Sideways star Paul Giamatti goes him one better. In Cold Souls he plays an actor named Paul Giamatti (uh-huh) who has trouble getting his soul back after he agrees to deep freeze it for storage. And no, I’m not making this up.