ANOTHER OPENING, ANOTHER SHOW:  Broadway aficionados will be glued to CBS on Sunday night when The 2009 Tony Awards are beamed live from Radio City Music Hall at 8 p.m.  Special appearances are promised by Liza Minnelli, Elton John, and Dolly Parton and the cast of 9 to 5. We’ll see 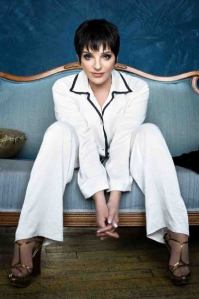 MINNELLI: at the Music Hall 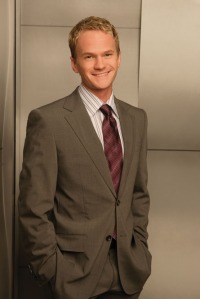 name quite a few.And then, of course, who can resist rooting for the home team? Tony-nominated Montreal teen David Alvarez and the two young actors with whom he shares the role of Billy Elliot have already won Astaire Awards for Best Male Dancer(s) on Broadway. Wow. For a full list of Tony nominations click here.

P.S. Don’t be surprised if you see a show-stopping opening number from host Neil Patrick Harris. The star of TV’s Doogie Houser and How I Met Your Mother is an addictive song-and-dance man who even tripped the light fantastic on Sesame Street (“Have I got shoes for you!”) And if you didn’t catch his guest stint with the all-star cast of Prop 8: The Musical – including Tony nominee Alison Janney, Oscar nominee John  C. Reilly, SNL alumnus Maya Rudolph and, oh yeah, Jack Black as Jesus – give yourself a T.G.I.F.lift and click here.

WHATEVER HAPPENED TO …? Remember all those bright and beautiful belles who competed to star in Andrew Lloyd Webber’s extravagant revival of The Sound Of Music? Princess of Wales showstopper Elicia MacKenzie, the Maria voted in by viewers of How Do You Solve A Problem Like Maria? Will join  runner-up Janna Polzin (her on-stage alternate) and all the other hopefuls –– Jayme Armstrong, Tamara Fifield, Allie Hughes, Alison Jutzi, Katie Kerr, Donna Lajeunesse, Marisa McIntyre and Kyla Tingley – in a CBC Special set to explore how the reality series changed their lives. 10 Marias 1 Year Later will air June 24 on CBC-TV, and Lord Lloyd Webber, Gavin Crawford and judge 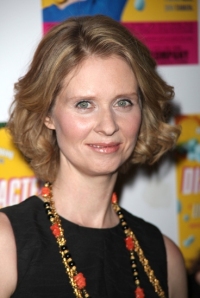 and vocal coach Elaine Overholt will make special appearances … and speaking of Marias, Cynthia Dale, whose Maria set cash registers ringing when she starred in the Stratford production, is currently shooting a new special for the same network … and speaking of Cynthia, Broadway baby Cynthia Nixon, still most famous for playing one of Carrie Bradshaw’s chums in Sex And The City, is one of the artists captured in the New York Times’ snappy new video feature, Conversations. Nixon shares her feelings on gay marriage, including those rumours about her impending nuptials with her girlfriend. To check it out, just click here. And have a great night at the Tonys!