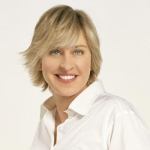 Welcome to another week of razzle-dazzle in our town.

And yes, everything old is new again – including, apparently, me.

FOOTLIGHTS: Leave-‘em-in-the-aisles funnyman Ron James makes his much-anticipated return to T.O. this Thursday when he opens a limited run of his Mental As Anything tour at the Winter Garden … Rick Roberts, so good in the riveting ZOS miniseries produced by Paul Gross, is set to co-star with Hal Linden in Mitch Albom’s Tuesdays With Morrie, directed by Ted Dykstra and opening May 8 at the Winter Garden … and fearless 22 Minutes scene-stealer Gavin Crawford will star in Sky Gilbert’s new eyebrow-raiser, I Have AIDS!, with Ryan Kelly and David Yee, now set to open at Buddies In Bad Times Theatre on April 23

* * *
THE SWEETEST SOUNDS: Showstopper Diahann Carroll lived up to her rep at the Four Seasons this weekend when she entertained high-rollers at Salah Bachir’s lavish fundraiser for The 519 community centre. Garth Drabinsky, who produced Carroll’s
spectacular run here in Sunset Boulevard, was among the sparklies cheering her, as were Maggie Cassella, Diane Flacks and Valerie Pringle, to name only a few. Served up with dinner were musical guest stars Billy Newton Davis, John Alcorn and Lorraine Segato – what a treat to see (AND hear) the enigmatic Ms. Segato, who rocked her way through a rhythm & bluesy ballad before gifting us with a stirring reprise of her Parachute Club anthem Rise Up.  Before the dynamic Diahann – still sweet-voiced at 73 – took her final bow, Gala host Bachir, who was clearly adored by most of the room, managed to raise more than $350,000 for the community centre, and was quick to thank all his friends for stepping up with their cheque books.  Four Bachir chums who particularly impressed: Ivan Fecan (CTV,) Rupert Duschene (Aeroplan,) Tony Gagliano (Toronto Life) and Mohamad El Zaibeck. All four bought $5,000 tables, then turned them over to Salah so community centre workers from The 519 could attend the glamorous Saturday night shindig.
Now that’s class. 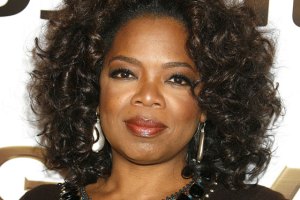 famously funny folk are set to deliver ‘The News’ this week on The Hour. Watch for Seán Cullen tonight, Colin Mochrie tomorrow night, Gilson Lubin (who he???) on Wednesday and Nikki Payne on Thursday … Oprah Winfrey always appears solo on the cover of her O magazine, but this month she made an exception for new U.S. First Lady Michelle Obama. Needless to say that just fueled the fire for Ellem Degeneres, whose running joke on her talk show is that one day she wants to be on the cover of O. So last week Oprah surprised Ellen by calling her, on air, to officially invite her to stand by her side for a forthcoming cover shoot. You can catch Oprah’s surprise call on Ellen’s show website at http://ellen.warnerbros.com — and yes,  it’s a lot of fun.