Napkin Man gets a Barenaked booster, Seagull stars get set to soar, and Nico dances into Cinefranco

FRENCH WITHOUT TEARS: Hard to believe, but Marcelle Lean’s once-struggling Cinefranco Film Festival is celebrating its 15thstanza this year. After running a successful weeklong school program of screenings last month, the

OUR TOWN: Lots of openings tonight. A revisioned version of The Vindication of Senyora Clito Mestres, directed and performed by Dora nominee Dragana Varagic, is set to run tonight through Sunday at Theatre

Passe Muraille’s Backspace, with an additional performance March 31 at the Isabel Bader Theatre … Coleman Lemieux & Compagnie bring back Lemieux’s acclaimed 2003 choreographic work Varenka, Varenka! from tonight through March 31 at the company’s new dance centre in Regent Park, The Citadel. The work is inspired by Fyodor Dostoevsky’s first novel Poor Folk, about an aging clerk and his love for a young woman in mid-nineteenth century Russia … and wow, what an opening night cast! — Guillaume Coté, Greta Hodgkinson, Aleksandar Antonijevic and Sonia Rodriguez. Still wondering if you will be able to keep all the different lovers distinct and separate when John Neumeier’s splashy ballet version of Anton Chekhov’s The Seagull opens tonight at the Four Seasons Centre for the Performing Arts? Fear not – the National Ballet has produced a cheeky one-minute video guide to all the love affairs in the show. To see it, just click here — and enjoy! 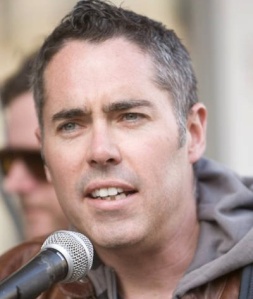 TV SHOP TALK: Corus Entertainment will launch its newest service, ABC Spark, next Monday with the day-and-date season premiere of The Secret Life of the American Teenager. The primetime schedule will also include ABC Family original series Switched at Birth, Melissa & Joey, The Lying Game and Make It or Break It … BBC director general Mark Thompson will step down after the London Olympic games this summer … KIds’ CBC is currently developing a new show for small fry called The Adventures Of Napkin Man, hosted by Barenaked Ladies charmer Ed Robertson … Discovery Networks International has bought a 20% stake in French pay-TV company Televista, gambling that

Televista will move into France’s free-to-air market … and only three Canadian entries made it to the finish line as Rose d’Or nominees this year. Storming Juno Interactive, produced by Secret Location for History Television, is a Multiplatform nominee; For One Night Only, produced by Les Productions Rivard for ARTV, is a Live Event Show nominee; and Property Brothers, produced by Cineflix Inc. for the W Network, is a Lifestyle finalist. Winners will be revealed on May 10 when German TV presenter, actress and singer Barbara Schöneberger hosts the Rose d’Or awards ceremonies in Lucerne.

WOMAN’S WORLD: It’s been a year or three since she lit up home screens as Felicity, but now Keri Russell is set to star in FX’s period drama pilot The Americans. Russell will play an undercover KGB spy who starts to fall in love

GUMMER: will First Cut be the kindest?

with her arranged husband (also a spy). Hmmm – wonder if Scott Speedman is available … Meryl Streep’s talented actress daughter Mamie Gummer, so good in her guest stints with Julianna Margulies on The Good Wife, is the lead in CW’s new medical drama pilot First Cut … three-time Oscar nominee Sigourney Weaver is set to star in her first primetime series, Greg Berlanti’s USA pilot Politcal Animals. She’ll play a former First Lady who is now Secretary of State. In the good old days the networks would have waited until Hillary Clinton left the job — but hey, these are the good new days. Or so they tell me.

NO PEOPLE LIKE SHOW PEOPLE: Bad news was, Ben Heppner had to cancel his appearance at the Canadian Opera Company’s 60th anniversary

concert earlier this month due to the viral infection he caught in October while singing at the Royal Opera House in Covent Garden. Good news is, Heppner will perform a special solo recital with piano, on stage of the Four Seasons Centre for the Performing Arts, at a date to be announced soon. And, his songfest will be free for all ticket purchasers of the Nov. 7 COC Diamond Anniversary concert … the Stratford festival memorial celebration of stage lion Douglas Campbell is set for this Monday at 3 pm on the Festival Stage and is open to the public … National Ballet chief Karen Kain has wooed and won dancer Jirí Jelinek, who will join her merry NBOC band as a Principal Dancer in January. Previously a Principal Dancer for both the National Theatre in Prague and the Stuttgart Ballet, Jelinek has blazed a trail dancing through Europe, and was most recently invited by the

Hamburg Ballet to dance the role of Stanley Kowalski in John Neumeier’s version of Tennessee Williams‘ A Streetcar Named Desire … and guess who went on an African Gorilla safari, following in the footsteps of Dian Fossey? Would it surprise you to learn that I’m talking about Canuck ex-pat Harland Williams? Oh sure, it can get a bit dicey on The Jay Leno Show, but go to Rwanda, man — it’s a jungle out there. To see Harland and the Gorillas he almost Mist, uuuh, missed, click here.

SHARPS ‘N’ FLATS: As indicated in that extravagant recent photo spread in Hello magazine, Liona Boyd continues to live a fascinating life. From  her eight-

BOYD: it's her year

year romance with Pierre Trudeau — “Pierre asked me to come and live with him and have a child by him” — to her ongoing relationship with HRH Prince Philip (“He’s still my best pen pal”) to her hush-hush performance for the sequestered jurors in the O.J. Simpson trial, the world’s first female guitar virtuoso has blazed her own unique trail in show business. This fall she has two, count ’em, two new albums — Liona Boyd Sings Songs of Love, a collection of duets with Croatian singer-guitarist Srdjan Givoje, and Seven Journeys , a CD of new-age, atmospheric music. And as if that wasn’t enough, her back catalogue is also

being reissued by Universal on iTunes. Which by my reckoning has gotta make 2009 the Year Of The Lion(a.)

OH, STOP GRIPING: Wonder why my hero, Manhattan gossip girl Liz Smith, can always make me laugh? Here’s an item from one of her recent, eminently readable columns on the frankly fabulous femme website, wowOwow.com.

“Brad and Angie spent a recent weekend personally baby-proofing their French chateau. (Oh, stop griping. They have a chateau, that’s just the way life is. I’m sure you have something they don’t have.) Not only did the parents of six toddlers put plugs over the electrical outlets and all that, they even moved out some of Brad’s art pieces and furniture, objects too sharp, too hard, too high, too appealing to curious tykes. So, for the time being, interesting stuff like Brad’s metal woven rug are in the chateau’s garage. Which is probably a smaller chateau. Life isn’t fair, deal with it.”

Funny lady, our Liz. Truthful, too.

DOUBLE OR NOTHING: Vladimir Putin puttin’ out a rap song? Sarah Palin and Hillary Clinton meeting for a cup of coffee at Starbucks? Michael Ignatieff introducing the new Liberal theme song? And Quebec’s favourite game show is “Le Whack Job”? Yes, Linda Cullen & Bob Robertson have gone AWOL again. For another crazy episode of Double Exposure Radio. click here — but do so at your own risk!

AND NOW, MY FAVOURITE POSTER-OF-THE-WEEK: