Patrick hits the ice in France, those wacky Women hit Vegas, and COC closes its season with Semele 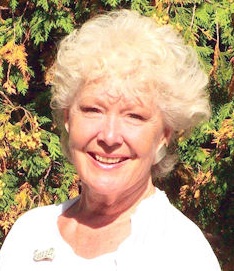 – “not to mention the incredible performance of our 2011 Senior Star winner, Toni Pinto.” So maybe Canada’s Seniors Got Talent too? … spotted shopping at Pusateri’s in Yorkville: Covert Affairs heartthrob Christopher Gorham, sans collapsible white cane … spotted huddling over coffee at the By The Way café: Producer Allan Novak and playwright Brad Fraser … spotted savouring the brisket at Caplansky’s: Toronto Star arts columnist Martin Knelman and better half Bernadette … and it’s official — the season closer for the Canadian Opera Company is the COC premiere of Handel’s Semele with Canadian coloratura soprano Jane Archibald in the 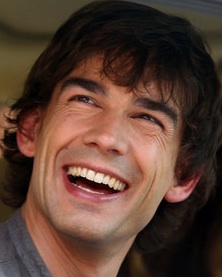 title role. The production will be directed by famed Chinese visual and performance artist Zhang Huan, with Italian Baroque opera specialist Rinaldo Alessandrini set to lead the COC Orchestra and Chorus. The COC’s presentation of Semele is the first opportunity for audiences to experience Zhang’s production outside Brussels, Belgium, where it premiered in 2009, and Beijing in 2010, where it was China’s first major staging of a Baroque opera.  Semele will run for only eight, count ’em, eight performances at the Four Seasons Centre starting May 9 … and yes, today’s the day when Why Men Lie, the new novel by Giller Prize-winner Linden MacIntyre (The Bishop‘s Man,)  officially becomes available at a major bookstore near you. 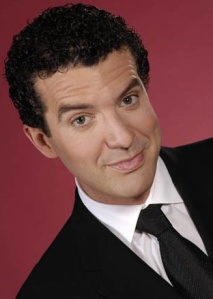 MERCER: Shhh, it's a secret

APRIL IS THE COOLEST MONTH:  Okay, T.S. Eliot might not agree — but then he never met Women Fully Clothed. Fabulous foursome Robin Duke, Jayne Eastwood, Kathryn Greenwood and Teresa Pavlinek will kick off next month with their first gig in Las Vegas – at the Smith Center for the Performing Arts, no less — followed by half a dozen shows in California (Thousand Oaks, Napa, Saratoga, etc.) before returning to Home Sweet Ontario for their May bookings here.

P.S.: Shhhh, it’s a secret, but Greenwood and Pavlinek both appear in the same sketch with WFC fan Rick Mercer, who incidentally made a splashy visit to Montreal yesterday,  tonight on the Rick Mercer Report.

AND NOW, FROM THE SOUTH OF FRANCE: The 2012 World Figure Skating Championships start today in Nice, with Scott Russell hosting CBC broadcasts with Brenda Irving and Canadian figure skating legends