THE BIG OH: Ya gotta love Conan O’Brien’s comment on Barrack Obama’s plan to have dinner with Oprah Winfrey during his visit to Martha’s Vineyard. “That’s right,” said Conan, “the most powerful person in the free world is going to have dinner with President Obama!”

TIFF-bound Oprah is set for a pretty sensational September so far. She’ll jet here to celebrate the Sunday Sept 13 world premiere of her new film, Precious, before launching another new season of Oprah! the next day with an hour-long exclusive heart-to-heart with tortured but gifted diva Whitney Houston.

Will Whitney ‘sing’ for Oprah?

NO PEOPLE LIKE SHOW PEOPLE: The only man ever to win nine Tony awards in four different categories, song & dance sensation Tommy Tune, has a brand-new road show titled Steps in Time, the same title as Fred Astaire’s autobiography.

“That’s true!” says Tune, now 69 years young. “I borrowed the title from two of my idols, Sir Noel Coward and Fred Astaire. Coward gave that title to Astaire’s biography, so I have purloined it!”… and speaking of Tommy Tune, Renée Zellwegger’s new movie, My One And Only, is not, repeat, not the screen version of the great Broadway musical Tommy created for himself and Twiggy.  In this one Zellwegger plays a social beauty who is out to land a husband to take care of her and her two boys. Renée’s character is apparently based on Palm Beach matriarch Ann Devereaux Hamilton, whose sons include the ultra-tanned movie star George … and speaking of Twiggy, did you catch Bryan Adams’ fabulous photos of her inside (and on the cover, natch) of the fall issue of Zoomer magazine? Does anyone take better celebrity portraits than Adams? Not that I can see.

BUT WHAT I REALLY WANT TO DO IS … : Director Robert Rodrigues has signed Lindsay Lohan for a starring role in his new movie Machete, possibly opposite Robert DeNiro. Now that we’d like to see! … director Guy 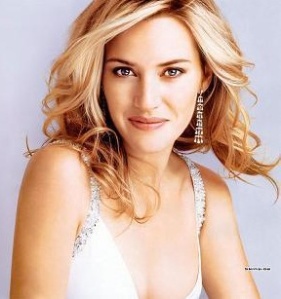 Ritchie is in London, working on post-production of Sherlock Holmes, which is still slated for a Christmas Day release with Robert Downey Jr., Jude Law and Rachel McAdams … Julie & Julia filmmaker Nora Ephron’s next work, a collaboration with her talented sister Delia, is a play called Love, Loss and What I Wore, set to open October 1 at the West Side Theater in Manhattan … my Brit spies whisper that Madonna plans to direct a new movie musical about the Duke & Duchess Of Windsor and wants Cate Blanchett and David Tennant (TV’s Dr. Who) to play Wallis Simpson and the king who gave up his throne for her …  and director Todd Haynes has persuaded Oscar winner Kate Winslet to star as Mildred Pierce, the role that won Joan Crawford her Oscar, in a six-part mini-series remake of the James M. Cain novel. (The original was cleaned up considerably to get by Hollywood’s once-stringent production code.) Now all director Haynes has to do is find the right actress to tackle the role of Mildred’s vengeful daughter, so memorably played in the original by the usually saint-like Ann Blyth.

THAT WAS THE WEEK THAT WAS: CBC Television launched its nightly 90-minute supper hour newscasts this week. Which meant it had to move

See you next week!