Stratford gets Sean, Montreux gets a Weather forecast, PBS gets Ethan’s Time Machine and a Legend gets an Ella

NO BIZ LIKE SHOW BIZ: Visiting New Yorker Jake Ehrenreich winds down his love affair with Toronto this week as A Jew Grows In Brooklyn closes Sunday night at the

Panasonic … honorary co-chairs Elton John and Quincy Jones will present Natalie Cole with the 19th Ella award on June 1 at the Beverly Hilton. But I’ll bet Elton, Quincy and Natalie are all secretly dying to meet the normally reclusive songbird who’s taking home this year’s Legend award: The one and only Doris Day… Vibes legend Peter Appleyard will bring his magic to Campbellford, ON this summer with an Aug. 1 Westben concert at The Barn … showbiz wunderkind Ted Dykstra directs the Soulpepper revival of David French‘s backstage comedy Jitters, opening June 24 … Sean Cullen returns to Stratford this summer in King Of Thieves, esteemed playwright

George F. Walker’s take on The Beggar’s Opera … and ya gotta love the title of west coast artist Ron Terada‘s new show, opening this weekend at the Banff Centre. He calls it Who I Think I Am.

GLOBAL SWARMING: The oh-so-lively Dead Weather, the alternative-riffs band formed by Jack White (The White Stripes, The Raconteurs) and Alison Mosshart (The Kills) are now set to rock the Miles Davis Hall on July 3 at the 44th annual Montreux Jazz Festival. The band’s new album, Sea of Cowards, dropped earlier this month … can’t help wondering if any of those comely 20-somethings cheering Harry Connick Jr.’s version of And I Love Her on American Idol last week knew he was singing a Beatles song? … and speaking of The Beatles, their stereo boxed set, released last September, has been certified Diamond in Canada by the Canadian Recording Industry Association (CRIA). 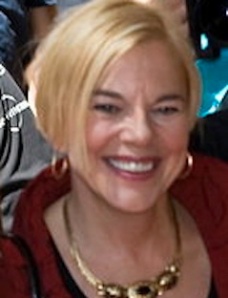 BERMAN: at UCLA this week

NO PEOPLE LIKE SHOW PEOPLE: Oscar-winning filmmaker Brigitte Berman is set to premiere her doc on Hugh Hefner, with Hef in attendance, in Hollywood this Thursday at the Billy Wilder Theatre at UCLA … Kylie Minogue’s new single All The Lovers will be released at the end of June, one week before her new studio album Aphrodite drops a week later on July 6 … 10-year-old piano virtuoso and showman Ethan Bortnick is set to razzle-dazzle ’em at the PBS National Convention in Austin, Texas next week, all to promote his sizzling upcoming Musical Time Machine special with Gloria Gaynor, Arturo Sandoval and the Canadian Tenors … and Dynamic Double Exposure duo Bob Robertson & Linda Cullen have launched a naughty new website which features, among other things, a somewhat flatulent beaver. To check out the latest 2X shenanigans, just click here.

Get out your calendars!