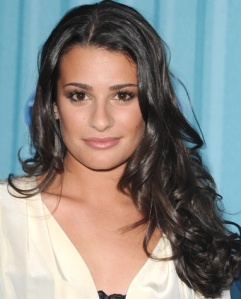 Matthew Morrison (aka Mr Schu) and Wicked alumnus Kristin Chenoweth deliver a powerhouse performance of Heart’s Alone. Spring Awakening star Lea Michele duets with Chenoweth on a dynamic version of Kander & Ebb’s Maybe This Time, pairs with series co-star Chris Colfer on a soaring version of Stephen Schwartz’s Defying Gravity, and joins co-star Cory Monteith on lead vocals for Journey’s Don’t Stop Believin’. Music lovers and Broadway show tune aficionados characterize this first Glee CD as “delectably youthful” and “electrifyingly fresh” — and who are we to argue? And here’s another one to add to your Christmas list. The all-star soundtrack for Rob

FERGIE: one of Nine

Marshall’s screen version of the Broadway hit Nine will be released digitally December 15 and available for purchase in stores on December 22, three days before the film opens here. Bonus material on the disc includes a new version of Quando Quando Quando, performed by Fergie, who also sings one of the show’s big hits, Be Italian. Other so-far unlikely warblers include a clutch of Oscar winners who star in the movie — Daniel Day-Lewis, Penelope Cruz, Sophia Loren, Nicole Kidman, Marion Cotillard and Judi Dench, who gets to deliver the Follies Bergere showstopper. Can’t wait.

THE SHADOW OF HER STYLE: Supertalent Camilla  Scott always delivers the goods, in big stage musicals like Crazy For You, Mamma Mia and We Will Rock You, on U.S. soaps like Days Of Our Lives and The Guiding Light and

in intense TV dramas like Law And Order and This Is Wonderland. Now she’s playing another sublimely talented dame – the late, great Vivien Leigh – in Austin Pendleton’s wry behind-the-scenes comedy Orson’s Shadow. Set in 1960, it’s Pendleton’s version of what really happened when legendary London critic Kenneth Tynan brings Orson Welles and Laurence Olivier together to collaborate on the English language premiere of Ionesco’s Rhinoceros. Olivier, deep in the throes of his affair with his young co-star Joan Plowright, is not yet separated from the mercurial, iconic and fatally unstable Ms Leigh, which makes backstage rehearsals very, very interesting. After previews start tomorrow, Orson’s Shadow opens next week at Theatre Passe Muraille, with Christopher Stanton as Kenneth Tynan, Paul Eves as Olivier, Janet Porter as Joan Plowright, and Steve Ross as Orson Welles. To order tickets, click here. 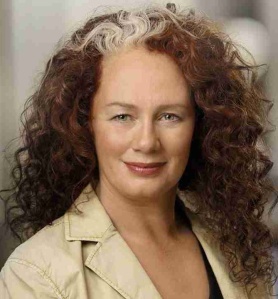 DRAGONS’ DEN GOES TO THE DOGS: Woofstock creator Marlene Cook, the brainy entrepreneur whose annual summer salute to Man’s Best Friend drew 300,000 participants to downtown T.O. this year, pitches the Dragons tonight with five look-alike dogs — one for each dragon. Would you be surprised to learn that Ms Cook matched Kevin O’Leary to an English bull terrier?  Probably not. But apparently finding an apricot poodle with a coat that was just the right shade of red to represent Arlene Dickinson was a far greater challenge. To catch all the Dragons and their canine cut-ups, tune in CBC-TV tonight at 8 pm.

It seemed like they came out of nowhere, this tall, lanky high school teacher and the razor-tongued athletic coach determined to be his nemesis. If they’d been major players (or even minor ones) on earlier TV shows, I’d obviously missed those series. And even after Glee made its auspicious and, yes, spectacular debut as a test pilot, no one ever said, “Oh you know him, he’s the guy from Law & Criminals: Baltimore.” Or anything even remotely like that. We saw him in action. Then we saw her in action. And then we went wow! — who are these people?

Apparently we were looking for answers in all the wrong places. We should have been looking to Broadway. Matthew Morrison, who plays Will Schuester, the Spanish teacher who decides to try to resuscitate the high school glee club, is an accomplished song and dance man who co-starred in the sensational still-running Lincoln Center revival of South Pacific, nightly revisiting such Rodgers & Hammerstein classics as I Have Dreamed and Carefully Taught.
And when he isn’t playing the beleaguered high school teacher in the runaway hit of this TV season, he’s working with his South Pacific director Bartlett Sher on developing a musical version of Pedro Almodovar’s Women on the Verge of a Nervous Breakdown.

LYNCH: with Streep in Julie & Julia

(Who knew???)
We sure knew he could sing and dance, however — and stay in character — after we saw him ‘teach’ his irresistible Glee club misfits how to sell a song. (Still don’t know what I’m talking about? Just click here.)

As for the outrageously funny Jane Lynch — frankly, and i mean candidly: Where Have I Been? She’s been a popular recurring multi-episode player on such long-running hit series as Boston Legal, Criminal Minds, The ‘L’ Word and Two And A Half Men. Comedy

aficonados will tell you in a heartbeat that she performed all her own singing and guitar playing in A Mighty Wind, and that she made them scream with laughter when she appeared with Steve Carrell in his breakthrough film The 40 Year Old Virgin. (Morrison also has on-screen history with Carrell. He played the cop that wouldn’t get off his case in Dan In Real Life.) What many of her fans don’t realize, however, is that Lynch is currently on screen with Meryl Streep, playing the small but key role of Julia Child‘s sister in Julie & Julia. And that she opens off-Broadway with Tyne Daly tonight — yes, tonight — as part of the rotating all-female cast of the new Nora & Delia Ephron opus, Love, Loss And What I Wore. So she continues in very good company, on stage and screens. 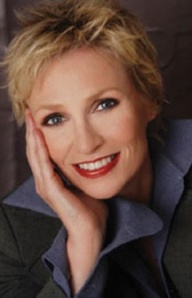 So does Glee. Two weeks ago, barely into the run of the series, Glee cast recordings accounted for 10 spots on the iTunes list of top 200 downloaded songs and four places on the Billboard Hot 100 for the week. The top-selling Glee cast recordings included two mash-ups created for the series — one of Bon Jovi’s “It’s My Life” and Usher’s “Confessions Part II,” and the other of Beyoncé’s “Halo” and “Walking on Sunshine,” by Katrina and the Waves. And more sales are in the offing. On Nov. 3 Columbia Records and 20th Century Fox Television will release Glee: The Music, Volume 1, the first in what is planned as a series of soundtrack albums. And last week the Fox series made more headlines when NBC reneged on its invitation to have the Glee cast perform during the Macy’s Thanksgiving Day Parade, which it broadcasts. So now the Glee cast will perform during the World Series, singing the national anthem in either Los Angeles or Philadelphia, depending on the outcome of the playoffs, during game three of the series, which is telecast by Fox.

Still wondering what all the fuss is about? To catch up with the pilot that started it all, just click here. To catch a new episode, tune in tonight at 9 pm to Fox or Global. And enjoy!