Ms Taylor comes out to play, Ms Mirren comes to town (almost!) and Mr Mochrie goes to the dogs

NO PEOPLE LIKE SHOW PEOPLE: Wheelchair-bound but mobile again, Elizabeth Taylor made her first public appearance in months at Andrea Bocelli’s concert at the Hollywood Bowl. “My mind, my soul were transported 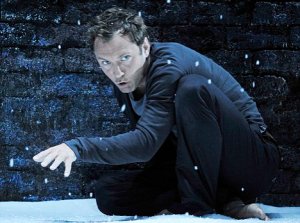 by his beauty, his voice, his inner being,” she reports. “God has kissed this man and I thank God for it.” Yeah, she likes him … funnyman John Wing says he was the sixth most famous person on the plane to Los Angeles Monday. Howcum? “The Tragically Hip were on the same flight!” … add director Guy Maddin to the growing list of fans hopelessly smitten by Roger Ebert’s Journals. (And yes, Ebert really does elicit the warmest, brightest, smartest, most literate responses from his devoted readers, including Winnipeg wunderkind Guy … Jude Law is breathing easier these days now that his Hamlet was well received by U.K. critics. Law himself acknowledged that playing the melancholy Dane is “a bit like a great song that’s been covered by a load of different singers.” But at least he’s comfortable on stage. In the London production he’s clad in pajama-like costumes for most of the play … and shhhh, it’s a secret, but Patricia Clarkson wants to play now-92 year-old Phyllis Diller in the still-being-scripted biopic of the legendary comedienne. 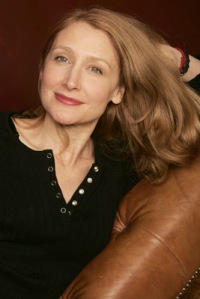 A TAIL OF TWO CITIES: In Montreal they close Ste Catherine street for the jazz festival and shut down Rue St Denis for the comedy festival. In Toronto we

MOCHRIE: going to the dogs

close Front Street from Jarvis to Yonge for Woofstock, the annual doggie love-in set for the St. Lawrence Market Neighborhood this weekend. New features this year include a Saturday night Yappy Hour at which Wooftinis will be served. Seriously. (Oh c’mon, even I couldn’t make that up!) Headliners participating in Main Stage contests include Mark Breslin, Geri Hall, Colin Mochrie and Nikki Payne, and don’t be surprised to find a lot of four-legged friends on the TTC on Saturday and Sunday. Last year more than 150,000 dog lovers and their canine companions showed up from all over North America.

QUOTABLE QUOTES: “I don’t just sit around and wait for the phone to ring because, you know, I had to write my own script in the first place because I don’t look like Nicole Kidman. And the fact is I still don’t. So I don’t get offered fun, interesting roles. So I’m not going to whine about it; I just sit in my office and I write them.”

OUR TOWN:  Yearning to be in London’s West End to see Jude Law‘s Hamlet and Helen Mirren‘s Phaedre? Lucky moviegoers will see Mirren ‘live’ on stage at The National Theatre, when Cineplex telecasts the play at key theatres across

MIRREN: On screen from stage

the country on June 25 … Driftwood Theatre launches its 15th season in Toronto at Todmorden Mills on July 11 & 12. The theatre company is taking two of Shakespeare’s plays on the road — King Lear and The Comedy of Errors — and will roll through 27 locations in Ontario with its Bard’s Bus Tour through to August 23. Stops include outdoor locations in Bloomfield, Cobourg, Dundas, Durham, Kingston, Marmora, Mississauga, Peterborough and more, and all shows are pay-what-you-can … add Sonia Rodriguez to the star power already

assembled for Karen Kain’s sizzling White Hot Gala, the National Ballet of Canada’s fourth annual fundraising event next week at the Four Seasons Centre. Sultry high-stepper Rodriguez will partner with Piotr Stanczyk in a Garbo-esque pas de deux from the company premiere of Val Caniparoli’s Lady of the Camellias … … and Art On The Move will launch June 22 in the Distillery District. Mayor David Miller will personally welcome the first three art-wrapped vehicles of the project onto city streets. Art On The Move is a three-year community arts initiative that will ultimately turn 15 selected vehicles into moving canvasses of art. 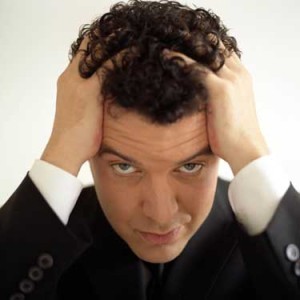 yesterday.  Mercer and Stronach were honoured as the co-founders of the Spread the Net fundraising campaign. “I must — from the bottom of my heart — thank the students here at Brock for contributing over 5,500 bed nets for Spread the Net,” Stronach told the crowd. “It’s a great legacy for you to leave behind.” Mercer described a life-changing visit to Africa he and Stronach took to learn about the malaria problem. “I told Belinda, ‘I’m not going to come back from Africa as one of those guys on TV who won’t shut up about Africa.’ Now every time I turn around, I’m on TV telling people to Spread the Net.”

Mercer told reporters that he’s also the proud owner of an honorary high school diploma from a Nova Scotia school for students with learning disabilities — and now he has a doctorate of laws from Brock. “I don’t know if it comes with a prescription pad or not, but I’m going to frame it, hang it on the wall and offer legal advice to my friends.”

And just before he and his Net partner Stronach left the stage, they imparted a few words of wisdom to the assembled graduating class.

Mercer said that in the meantime, he’s acquired an honorary high school diploma from a Nova Scotia school for students with learning disabilities.
“And from there, I’ve gone to a doctorate of laws,” he said.
“I don’t know if it comes with a prescription pad or not,” he added. “But I’m going to frame it, hang it on the wall and offer legal advice to my friends.”

Said Mercer: “As you go through life, leave the world a better place for having been here.”

These two should definitely go on the road together.

Oh wait, I just had one.

I know, I know, I promised you (and me) a daily column, uhhh, blog, Monday thru Friday and then some.

Never did figure out when spring break was supposed to end.

I sorta promise to never do it again.

And meanwhile, back on the ranch:

OUR TOWN: What a way to start the New Year! Theatre Passe Muraille will host the world premiere of Judith Thompson’s new play, Such Creatures, in 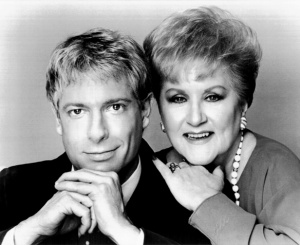 exceeds his talent. But I do feel sorry for his Boxmaster band-mates. Talk about being hung out to dry! … and although Thornton is in no imminent danger of receiving honourary Canadian citizenship, Texas-born Manhattan gossip girl Liz Smith used to joke that if you even visited Texas, that was good enough for the Texas Film Hall of Fame to adopt you. Which is how Arkansas native Billy Bob became an official Texan recently, receiving the Tom Mix Honorary Texan Award from the Film Society. When Dennis Quaid introduced him a native “of Northeast Texas – that is, Hot Springs, Arkansas,” Billy Bob quickly reminded him that he once lived in Austin, Texas.  Which apparently was good enough for the Film Society. (Other ‘Texans’ honoured this year along with Billy Bob were Larry Hagman, born in Fort Worth, Texas, and Powers Boothe, a Texas State University graduate and native of Snyder, Texas.)

LITERATI:  Giller Prize winner Wayson Choy is out promoting his new heart-stopping (literally!) bestseller, Not Yet … ditto Mark Breslin and his 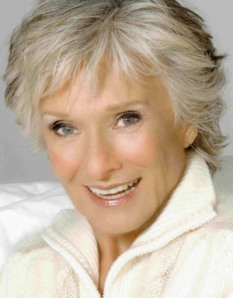 Confessions of a Porn Addict, not to mention his new audio book on Canadian stand-up comedy….  gee, she’s going to Parliament after all! Green Party leader Elizabeth May launches her new book, perhaps too aptly titled Losing Confidence, on April 26 in Ottawa at, wait for it, the Parliament Pub … also out there telling tales: Fabled Oscar, Emmy & Golden Globe legend Cloris Leachman, who collaborated with her favourite ex-husband, producer George Englund (she married and divorced him twice) on Cloris: My Autobiography … and Deepak Chopra is set to wing into our town this month to promote his new tome Why Is God Laughing? on April 27 at Roy Thomson Hall. (Gee, I dunno, Deepak – maybe He’s a fan of Billy Bob Thornton??)

SEE/HEAR:  His episode with mayor Hazel McCallion was a big hit with Canadians this season, but Rick Mercer’s Mississauga mischief is now a bonafide viral sensation in the U.S., with almost a million hits (at last count) on YouTube alone. To see what all the fuss is about, or just to finish reading this column with a smile, just click here.