No Last Names needed: Sweet black & white glimpses of times spent with three glorious gals — and the guy who made sure I got to know them

Remarkable, I think, that you already know who I’m talking about. I don’t have to mention their last names. And Gino was devoted to all three of them.

Okay, his last name I will mention. Gino Empry was a great publicist in the true, old-fashioned sense of that job description. At one point he was King of the Hill in Toronto because he had three of the biggest clients in the country: Ed Mirvish’s lovingly-restored Royal Alexandra Theatre; the fabled Royal York   supper club, the Imperial Room; and the star-laden Grandstand shows at the CNE.

At one time or another Gino also represented Ella, Lena and Peggy. As a newspaper columnist I enjoyed the privilege of sometimes interviewing and sometimes just hanging out with all three powerhouse ladies. And I enjoyed that privilege immensely. But the reason I got to enjoy it in the first place was because all three of them knew I had earned Gino’s stamp of approval. 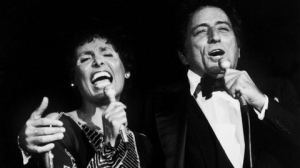 LENA & TONY: all sold out

I met Lena when she and Tony Bennett were sharing the stage of the 3,250-seat O’Keefe Centre, in a weeklong series of concerts that were completely sold out by opening night. I already knew Tony — by that time I think Gino was also his manager — but I was a great fan of Lena’s, and already owned at least a dozen of her albums — okay, maybe two dozen — so I was a bit shy about meeting her. But then I think most men were. Lena was a revelation. She was one of a rare breed, one of those breathtakingly beautiful women who have no idea how truly stunning they are. 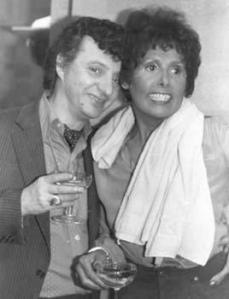 Backstage in her dressing room she asked me where I’d heard one particular song I’d mentioned (I think the song was Polka Dots And Moonbeams.) “It’s on your Songs by Burke And Van Heusen album,” I said. Her eyes lit up and we were soon gossiping like old friends. We had lots of time, too, because she did the first act in a dazzling evening gown, then changed into a comfy bathrobe while Tony did the second act, and then changed into a second glamorous gown to join Tony onstage for their duet finale. (Is it any wonder the whole week was sold out?)

Lena had an amazing history. She had gone from The Cotton Club in Harlem to MGM, where she appeared in all-star musicals like Words And Music, giving show-stopping performances of such American pop classics as The Lady Is 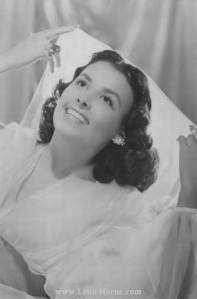 LENA: no songs for the south

A Tramp and Where Or When, sharing the screen with Judy Garland and Mickey Rooney and  June Allyson some of the studio’s most celebrated players. Ironically she never got to perform with any of them. The studio shot her as a solo performer because her numbers were inevitably cut for audiences in the south. Her fans expected that MGM would cast her as Julie in the screen version of Show Boat; she’d already performed one of the songs in another all-star musical, Till The Clouds Roll By.  But it was only the ‘50s, and America was not nearly as enlightened as we like to think it was. Only a few years earlier, Judy and Mickey and Betty Grable and Dan Dailey had all donned blackface in some of their biggest production numbers. At MGM, after Kathryn Grayson and Howard Keel were cast as Magnolia and Gaylord Ravenal, studio screen siren Ava Gardner said she thought her friend Lena Horne was perfect for the role of Julie. But the studio was afraid that casting Lena would kill box office receipts in the south, so it was Ava who ended up playing Julie. 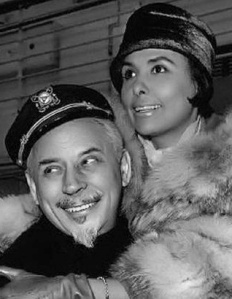 Although the Harold Arlen tune became her signature song, Lena’s private life had more than its share of storms. Her first marriage at 19 had left her with two children. When she married again she married a white man, in Paris, in secret – and not just any white man. MGM had several brilliant musical arrangers on staff, including André Previn, who was also a gifted young pianist, and Lennie Hayton, who was as comfortable conducting a symphony orchestra as he was a jazz quintet. It was Lennie who Lena married, and it was Lennie who came up with the innovative musical twists that would keep her at the top of her game. When Rosalind Russell opened on Broadway in Wonderful Town, a young soprano named Edith Adams (yes, the future Edie) got to sing Leonard 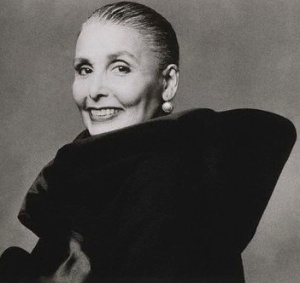 Bernstein’s lilting ballad, It’s Love — but it was Lennie who slowed it down to a finger-snapping beat for Lena. When Can-Can opened on Broadway, Cole Porter unveiled not one but two strong ballads: I Love Paris and It’s All Right With Me. Lennie took the second ballad and electrified it for Lena. He created her classic Rodgers & Hammerstein rhythm medley, forever changing our concept of that surrey with the fringe on top. And when John Denver wrote his lyrical, folk-y monster hit Sunshine On My Shoulders, it was Lennie who translated it into a jazz waltz. Years after he died, Lena was still adamant about giving Lennie the credit he deserved.

Peggy, like Lena, was a true original, a musician’s musician with the face of an angel and a voice to match.  I loved my visits to her exquisite home in Bel Air. One night I noticed that the peach-coloured guest towels in her powder room were all meticulously rolled, one on top of another, into a perfect pyramid. When I commented on the presentation of her guest towels, she beamed, both pleased and impressed that I had noticed, and I wondered aloud where her housekeeper had learned such artistic dexterity. 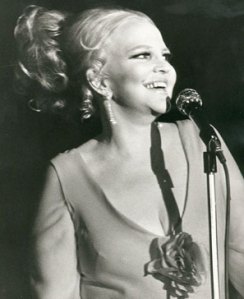 “Would you like her to show you?” she replied, her eyes twinkling mischievously.  She led me back to the powder room and demonstrated how Miss Lee, not Miss Lee’s housekeeper, had personally acquired the art of towel-rolling during her visits to Japan.

Peggy was about to do a Broadway show, Peg, a musical autobiography of her life. An accomplished composer, she was still writing the score for the show, and I think it was that same night she asked me if I would like to hear a few of the songs she had written so far.

“I’d love to!” I said. “I didn’t know you had already recorded them,” I added, secretly hoping she might give me a copy. 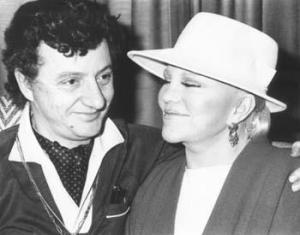 Blissfully oblivious to the puzzled look on my face, she turned on a nearby tape recorder. As the sweet sound of piano and strings filled the room, she picked up a portable microphone, and sang three or four songs she had written for the show to an enthralled audience of one:  Me. Lucky, lucky me.

Gino admired Lena, and he loved Peggy, but he adored Ella. And Ella loved the way Gino treated her, the way he consulted her, the way he looked out for her. To Ella, Gino was Toronto. She understood that he was hired by the Royal York to make sure her Imperial Room gigs were well documented in the media, but they became fast friends, and in time she came to regard him as both her personal publicist and, at times, her personal property. 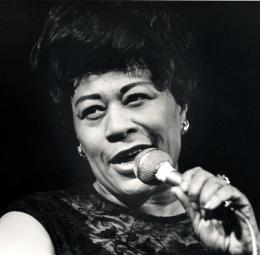 ELLA: the one, the only

One of my favourite Gino Empry stories occurred long after he and Ella had become bosom buddies. Ella’s agent accepted a lucrative booking at a major Toronto concert hall, so Ella flew in from Beverly Hills, where she lived, and after arriving at Pearson she was greeted by the concert hall publicist, who presented her with a beautiful bouquet of roses.

“Thank you!” she said, accepting the flowers with a shy smile. She looked around. “Where’s Gino?”

The concert hall publicist explained that Gino Empry did not represent the concert hall, and thus was not involved in this particular engagement.

“I see,” said Ella, who had stopped smiling. She glanced at her dainty diamond wristwatch. “So when is he coming?”

Gino was in his office, meeting with a prospective client, when he got a call from the concert hall publicist. “I’m at the airport with Miss Fitzgerald,” he said, panic rising in his voice. “She refuses to budge until you get here.” 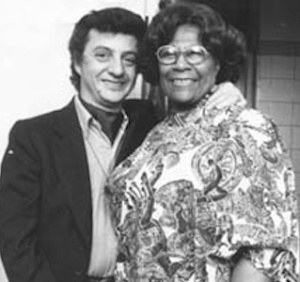 Gino had a heavy foot on a gas pedal at the best of times, so it didn’t take him very long to get to the airport. He raced towards the Arrivals, turned a corner, and there sat Ella, impatiently tapping one foot.

“Gino, do you know how long I’ve been waiting here?” she said, fuming.

“This is very unprofessional!” snapped Ella, interrupting him.

“What’s wrong with her?”

“She fainted,” he said, further embellishing the lie. “But she’s all right now.” 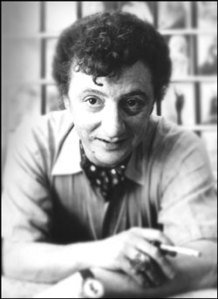 GINO EMPRY: the one, the only

Ella slowly nodded her head. “Well, I’m glad she’s all right.” She adjusted her glasses. “You should have phoned, to say you were going to be late,” she added, scolding him gently.

She patted him on the shoulder. “Never mind,” she said. “You’re a good brother.”

He stayed by her side the rest of the day and night, and waved her goodbye as she boarded her Air Canada flight back to Los Angeles. And then he went back to his office to work.

Ella, Peggy, Lena. Sweet memories of another time, another place.