Will U.S. nets buy Intelligence? Will lightning strike twice for Jennifer? … and other burning questions

the Museum’s permanent collection to highlight performances, productions and personal memories. The exhibit is on view at Hart House at the Macdonald Heaslip Walkway of Theatre History, which is now designated as a year-round display space for Theatre Museum treasures … The Alliance of Children & Television, which celebrates its 35th (!!!) anniversary this year, will hand out 13 Awards Of Excellence to different Canadian production companies at its anniversary gala in Toronto on June 2 … and award-magnet Manufactured Landscapes director Jennifer Baichwal’s new doc Act Of God, about being struck by lightning, premieres tonight as the 2009 Hot Docs festival opener tonight before opening wide tomorrow.

FOOTLIGHTS:: Two major Broadway shows open tonight:  John Goodman and Nathan Lane start in Waiting for Godot at Studio 54 Theater; and Dolly Parton‘s musical version of her  movie hit 9 to 5, opens at the Marriott Marquis with Stephanie J. Block (The Boy From Oz,) Megan Hilty (Wicked) and West Wing alumnus Allison Janney in the roles originally played on screen by Jane Fonda, Dolly and Lily Tomlin   … also coming soon to the Great White Way: In two contrasted readings for the stage, playwright David Hare visits a place where a famous wall has come down (Berlin,) then another where a wall is going up (Israel.) Direct from an extended hit run in London, Berlin/Wall, written and performed by Hare and directed by Stephen Daldry, will have its U.S. premiere May 14-17 with a five performances at the Public Theatre … and off the-barre performances by Tokyo dance artist Ko Murobushi, Seoul’s Post Ego Dance Company and Vancouver father and daughter team Mira Hunter and Raqib Brian Burke are among the treats promised by the 2009 CanAsian International Dance Festival at Harbourfront Centre’s Fleck Dance Theatre May 6-9. 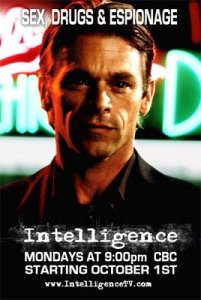 PEOPLE:  Writer-producer Chris Haddock (DaVinci’s Inquest) is refashioning his acclaimed CBC series Intelligence for American audiences. His retooled version is set in San Francisco, and U.S. producer John Wells (ER, Southland), is shopping it to U.S. cable networks. “I never give up,” Haddock told the New York Times. “I believe that everything can be understood through the lens of a dope deal” … and Slow Food pioneer, Italian author and recipient of the Planet in Focus International Eco Hero Award last fall, Carlo Petrini is in Toronto for a number of events including a public talk co-presented by Planet in Focus and the Italian Cultural Institute. An Evening of Conversation with Carlo Petrini, moderated by Harriet Friedmann of the Munk Centre on International Affairs, is set for this Saturday at 7pm at the Al Green Theatre.

RYAN’S FANCY:  He plays  Sandra Bullock‘s lover in The Proposal, Hugh Jackman’s nemesis in X-Men Origins: Wolverine and Scarlett Johannson‘s hubby in real life, but in his not-so-spare time Ryan Reynolds is a tireless

crusader for the Michael J. Fox Foundation for Parkinson’s Research. Last year he ran in the New York City marathon and raised 100K to combat the disease, which both his father and his pal Michael struggle with every day. Now Reynolds is auctioning off tickets to his two new movies. Winner of the Wolverine tickets will attend the April 28 premiere in Hollywood. Winner of  the Proposal tickets will attend the June 1st premiere,with Ryan and Sandra Bullock … just biding your time? Stop biding and start bidding. The Toronto Jewish Film Festival has launched its first Charity eBay Auction with more than three items to choose from, fine dining fine to movie passes, theatre tickets to  wine storage. Just go to www.tjff.com and click on the eBay link. Or just click here … and not to be outdone, bidding has now begun on Toronto’s now-fabled HotDocs festival’s Opening Night Gala Auction. Bidders from across Canada and around the world will compete with opening night attendees to win trips to Italy and South Korea, weekend getaways, private film screenings, exclusive on-set experiences and more! To check it out go to http://www.auctionwire.com — or just click here.

DID THE STAGE MOVE FOR YOU TOO?:  Talk about Big Men on Broadway! Currently heavyweights treading the boards on the Great White Way include Brian D’Arcy James, who spends 90 minutes every day getting green for his title role in Shrek: The Musical, with Drowsy Chaperone showstopper Sutton Foster as Fiona; Brian Dennehy, who explodes in rage nightly in the revival of Eugene O’Neil‘s steamy Desire Under The Elms; and John Goodman, now a prepossessing 300 pounds, currently in previews for the revival of the Samuel Beckett classic Waiting For Godot with Nathan Lane, Bill Irwin and John Glover. 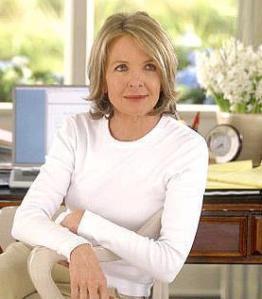 A HOUSE IS NOT A HOME Dept.: Still-gorgeous Oscar winner Diane Keaton, in town this week to speak her piece at the Toronto Star-sponsored Unique Lives series, has in interesting hobby: She restores houses, particularly brilliant ones. A full-fledged member of America’s National Trust for Historic Preservation, she recently completed her finishing touches on a finished a Spanish Colonial home in Beverly Hills. I’m told the house, a mansion really, was originally designed in 1927 by architect Ralph Flewelling, and has been painstakingly restored. It features an inner courtyard with a fountain separating the kitchen and family room on one side from the media room, den and staircase. It has thruway arches in the living and dining rooms. The 7,145 square foot layout includes seven bedrooms, nine bathrooms — the master suite has dual bathrooms — and a separate guest suite. The home has a pool, and the yard has pathways lined with olive trees.

And no, I’m not making this up.

WILL THE REAL BILLY BOB THORNTON PLEASE SHUT UP? Ooops, he did it again. Went on the Jimmy Kimmel Show this week. Said he was shocked by the reaction to his appearance with Jian Ghomeshi on CBC Radio’s flagship interview show Q.

“The fact that that was news was astounding to me,” Thornton told Kimmel. “But it gave humpbacked geeks all over the world something to do for a couple of days.”

Okay, Billy Bob, it’s come down to this.  We’re begging you, man. Just zip it. While you still have one or two fans left, before your band mates find a new lead singer who restricts what comes out of his mouth to lyrics, or before studio execs decided that yes, despite all rumours to the contrary, there really is such a thing as bad publicity. Resist the urge to go on any more talk shows, and just button it. For at least the next six m0nths.

And don’t you worry none about us. We gravy-free mashed potatoes are actually kinda famous for forgivin’ and forgettin’. Worry about the guy on ABC News who led off his report on your appearance on Q with this catchy phrase: “Wellll, it’s now official:  Billy Bob Thornton is a jerk.”

So when you start mendin’ fences, Billy Bob, you might wanna start at home.