Lily learns a lesson, Pat takes the Bard to Venice and Vanessa & Kristin set their sights on Broadway 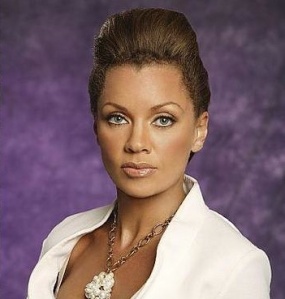 a roie which has won her three consecutive Emmy Award nominations to date. This week the former Miss America is plotting her return to Broadway with powerhouse Barbara Cook in a new nightly tribute to Stephen Sondheim. Williams starred as the Witch in the 2003 revival of Sondheim’s Into The Woods. “Ugly Betty is my priority,” she says candidly, “and we shoot in the spring — so there are going to be some days that I may not be able to do the Sondheim show. But we’re going to do as much as we can so I can do an eight-show week.” The new musical, Sondheim On

Sondheim, will be directed by her Into The Woods champion James Lapine and is scheduled to open early next year … remember Shirley MacLaine and Jack Lemmon in the 1960 Billy Wilder film classic The Apartment? Remember Jerry Orbach and Jill O’Hara in the 1968 Broadway musical version, Promises, Promises? Remember all those hummable Burt Bacharach-Hal David tunes like I’ll Never Fall In Love Again? Word on the Great White Way is that Wicked scene-stealer Kristin Chenowith will return

to the New York stage to play opposite Will & Grace funnyman Sean Hayes in a modernized 2010 revival of the hit musical. Stay tuned … and here’s one for the Change Partners & Dance Dept.: A new cast for Yasmina Reza’s Tony-winning black comedy God of Carnage will begin performances on November 17 on Broadway. Christine Lahti will replace Marcia Gay Harden; Annie Potts has signed on to replace Hope Davis; Jimmy Smits will replace Jeff Daniels; and original West End cast member Ken Stott will recreate his performance as Michael, replacing James

FLICKERS: The 10th annual Planet in Focus film festival, which opened here yesterday, features over 85 films on environmental issues from 25 countries, with pre- and post-screening discussions and panels and special programs for children and schools. A special section of the festival, Land & Conflict screenings, include Canadian premieres of Voices from El Sayed. The 2008 film set in the Bedouin village that is home to the largest community of deaf people in the world; and Jerusalem Moments 2009, a showcase of short films by seven young Palestinian and Israeli directors. To get all the W5, click here … and following a successful pitch at RomaFictionFest, veteran producer Pat Ferns is teaming up with Britain’s Scenario Films to

develop Shakespeare in Venice, a dramatic series in the tradition of Shakespeare in Love. Based on exhaustive research by Alessandro Bettero, the screenplays will be co-written with award-winning British screenwriter Gareth Jones … and David Cronenberg is set to appear at tonight’s TIFF Cinemateque screening of Videodrome, his prescient 1983 thriller with James Woods, Deborah Harry and Sonja Smits, tonight at 9 pm at the AGO.

QUOTABLE QUOTES: “I lived in a racially diverse and financially diverse neighborhood and I knew who was favored and who wasn’t and who had “nicer” material circumstances and who didn’t. It was the practice at our grade school in those days to stand and tell the class what you’d received for Christmas that year and it was gruesome because it was clear when a kid was lying or exaggerating out of shame, and I can remember being one of them. You might say you’d gotten a sweater and boots and a new coat and all kinds of things that you never showed up in. I can’t imagine what teacher would support such a practice today unless it was used anonymously to raise political and social consciousness and make it an illuminating exercise.”

The speaker? Lily Tomlin, on becoming class conscious at the age of 7.

MAPLE LEAF JOKES? WE’VE GOT A MILLION OF ‘EM!:

Q: What do the Toronto Maple Leafs and possums have in common?
A. Both play dead at home and get killed on the road.

and Ragtime returns to Broadway — without Garth.