Jennifer Baichwal and Margaret Atwood get the red carpet treatment at TIFF Bell Lightbox tonight for the Canadian premiere of Payback, the new Baichwal doc based on Atwood’s Payback: Debt And The Shadow Side Of Wealth. The Q&A  following the By Invitation Only screening will be hosted by Walrus senior editor Sasha Chapman …  Parks And Recreation laugh-getter Nick Offerman has been cast in Diablo Cody’s directorial debut …  and don’t say we didn’t warn ya: Both of Daniel Lanois’s March 23-24 concerts with Brian Blade at the Great Hall in Toronto are completely sold out. The concerts coincide with Lanois’ induction into the Canadian Music Industry Hall of Fame during Canadian Music Week.

STAGE STRUCK: Three stage giants are set to share their remarkable talents with Toronto theatergoers in the next three weeks. First up is Linda Griffiths, who will reprise her bravura performance as Margaret Trudeau in a reading of

Maggie and Pierre this Saturday at Theatre Passe Muraille, staged by Paul Thompson. Thompson will  also play P.E.T to her Maggie. (Wow, what a way to spend St. Patrick’s Day!) Then, two nights later at TPM, on Monday March 19, Michael Healey will appear in his latest play, Proud, a script Tarragon Theatre reportedly declined to produce for fear of incurring the wrath of the PMO. And two weeks later Tarragon playwright-in-residence Daniel MacIvor, who recently dazzled us with a stunning revival of His Greatness, will premiere his new play Was Spring on April 4 at Tarragon with Clare Coulter, Caroline Gillis and Jessica Moss.  Talk about yer embarrassments of riches! If I were you I’d start dialing for ducats right now.

INTERVIEWUS INTERRUPTUS: He was a solid Celebrity Apprentice, and an appealing if impatient judge on America’s Got Talent,  but I suspect the romance is over between the public and Piers Morgan.  As the current

occupant of Larry King‘s coveted nightly spot on CNN, he’s constantly attracting some of the biggest names in show business, sports and politics — and then constantly interrupting them, clearly bored by their responses.  At one point I thought he was getting over himself; turns out I was wrong. In my opinion Morgan  is absolutely capable of delivering the goods — but only when he pauses long enough to listen, which he does all too rarely. Says Manhattan gossip girl Liz Smith: “Piers Morgan will never warm the cockles of my heart, but I suppose some people enjoy his smirky style.“ Ouch!

IT’S A MAD, MAD WORLD: New Brandon Tartikoff Legacy Award winner Matt Weiner, creator of US cable hit Mad Men, is getting ready to  launch season five later this month. He told C21 that he wrote the pilot for the series before he even started working on HBO’s The Sopranos — but no one would touch it. “HBO rejected the show about 80 times,” he says. “Going to AMC 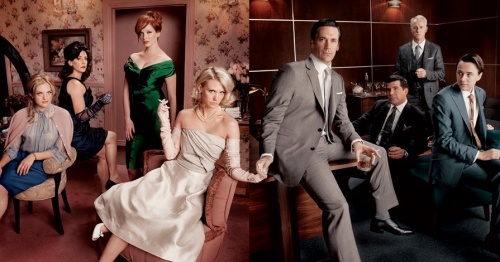 wasn’t a choice; it was the only company that was interested. People were telling me how they felt so bad for me because no one was going to see my show. When Christina Hendricks agreed to be a series regular, her manager fired her. 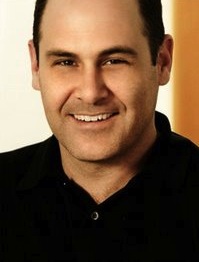 People would say to me: ‘You were executive producer on the most exciting show on TV [The Sopranos] and this is what you turned it into.'” Mad Men was the first original show that AMC picked up, and the network tried to coax Lionsgate into partnering with them. But Lionsgate thought the period-piece pilot was too expensive so AMC shouldered the cost of shooting it. When they saw it Lionsgate execs thought the pilot was extraordinary — which it was — and signed on for the series. Which is how we got to see Mad Men.  And how Mad Men got to become the first cable series the win the Emmy for Best Drama, which it has won every year for its first four seasons. And you thought making television was easy!