Look, boys and girls, it’s THE RICK MERCI REPORT! … and no, that’s not a typo

BUT FIRST, TAKE A LOOK AT THIS: Canada’s most-watched man, Newfoundland export Rick Mercer, is slated to receive the 2012 ACTRA Award Of Excellence this weekend — yet another trophy to add to his countless Geminis, 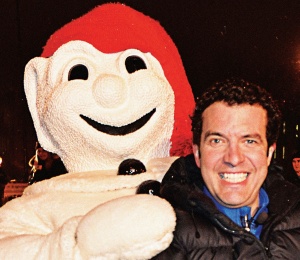 HMMMM ... who's the guy with Bonhomme?

honorary doctorates and other accolades.  His weekly Rick Mercer Report, appointment viewing for thousands of Canadian families, is now in its 9th season, and neither he nor the show are showing any signs of slowing down.  How famous is he? So famous, apparently, that he and his show will soon be parodied by Kids’CBC. Yes, the home of cooking yam Mamma Yamma and singing dinosaur Drumheller is about to introduce its own Rick Merci Report, with another Maritimer, Saumon de Champlain, playing Rick. (Aside from his French accent and his vintage

wardrobe and the fact that m’sieu de Champlain is, how you say it, a fish — hey, they could be twins.) Never mind — this we gotta see. Let’s hope the Merci Report attracts as many viewers as the original. More than one million Canadians tune in to Mercer’s Tuesday night telecasts, and an additional half million watch the same-week encore broadcast on Friday night. Mercer’s on the move again tonight, ice canoeing (brrrrrr!) at the Quebec the Winter Carnival and checking out Warming Hut installations (including one by Frank Gehry!!) at the Forks (brrrrrr!) in Winnipeg. And yes, there’s a Zamboni involved. And yes, it’s very funny stuff. 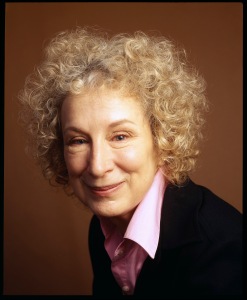 The speaker? Filmmaker Ethan Coen, at a film seminar in China last year. And speaking of film and Ms. Atwood,  look for her new collaboration with filmmaker Jennifer Baichwal, Payback, to premiere at TIFF Bell Lightbox next month. Baichwal and Atwood christened their new celluloid baby, based on Atwood’s 2008 bestseller,  to much ooohing and aaahing at Sundance last month. Insiders say Atwood on-screen is almost as fascinating as Atwood off-screen, and if that’s true Payback should really be something to see.

OUR TOWN: The National Film Board launches its salute to the National Ballet’s 60th anniversary season tonight with a week-long series of dance on film at the NFB Mediatheque on John Street. First up:  Celia Franca: Tour de 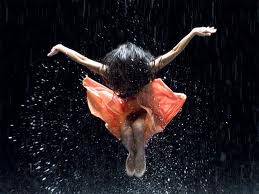 Force  by Veronica Tennant, who will speak following the screening. An archival display highlighting the past 60 years of the National Ballet and an interactive station where visitors can watch a dance and film playlist will also be offered onsite … Amy Nostbakken opens her controversial one-woman show, The Big Smoke, at Factory Studio Theatre tonight. Already a hit in the U.K., the play is reportedly inspired by the lives of Virginia Woolf and Sylvia Plath and is described as a “poetic waltz with death which walks a fine line between sanity and psychosis.”  Sounds like tons o’ fun  … getting the

THOMPSON: one night only