Kim conquers London, the Daniels tell us what happens & Raquel warns us not to judge a book by its Cover (Girl) 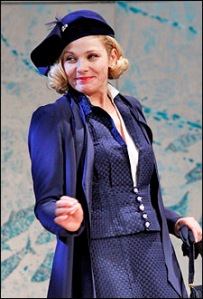 NO PEOPLE LIKE SHOW PEOPLE: Guess who’s a smash hit in London’s West End? Kim Cattrall, who is blissfully collecting rave reviews for her performance in the revival of Noel Coward’s Private Lives with Pride & Prejudice scene-stealer Matthew Macfadyen, “I feel like I have everything I dreamed of,” Kim told the New York Times – “a hit show in the West End that could go to Broadway, great family and friends. This is really one of the happiest times of my life.” She’s also on view in Roman Polanski’s Ghost Writer, will soon be seen in Sex & The City II (coming soon to shake up a box office near you,) and is reportedly considering another British stage gig, this time as the Queen of Egypt in Mr. Shakespeare’s Antony & Cleopatra. And yes, the line for hot young actors eager to play her Antony forms to the right. 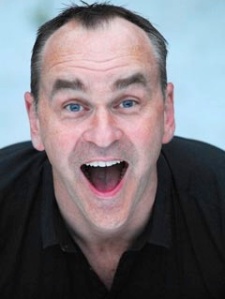 MACIVOR: what happens next?

OUR TOWN: ReelWorld Film Festival kicks off its 10th anniversary this week with the North American premiere of Off World, the much anticipated feature from writer, director and co-producer Mateo Guez, on Wednesday night at the Scotiabank Theatre … ReelWorld master programmer Bobby Del Rio confides that his new play The Market is set for a three-week test run in May … and previews start next week at Canadian Stage for the much-anticipated new Daniel Brooks– Daniel MacIvor collaboration This Is What Happens Next, a scary fairytale with a happy ending. MacIvor describes it as “a journey deep into the heart of the Kingdom of Kevin with an astrologer, a lawyer, an absent father, the embodiment of our own Will and Me, which takes us through the dark forest of addiction, divorce, Arthur Schopenhauer, The Little Mermaid and the life of John Denver.” (!!!)

QUOTABLE QUOTES: “My father had been hoping for a firstborn son and got me instead. He didn’t have much regard for the female of the species, unless they were parading around in swimsuits. Do you get the picture?” 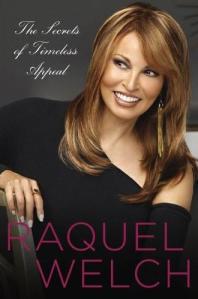 The speaker?  Still-sultry sex symbol Raquel Welch, in her new memoir, Beyond The Cleavage. Raquel came into public consciousness more than 40 years ago in a doe-skin bikini designed to bring out the caveman in every red-blooded male and the poster for One Million Years B.C. became a sensation all over the world.

“The irony of it all is that even though people thought of me as a sex symbol, in reality I was a single mother of two small children! … Can you picture the girl in the poster with the baby in one arm and pushing a stroller with the other? Kind of destroys the fantasy, doesn’t it?”

Now, as she approaches her 70th birthday, she feels duty-bound to do just that.

“My task of destroying the myth,” she insists, “is long overdue.” (Awwwww!)

Fact is, she made more millions with her Spotlight line of designer wigs — yes, wigs — than she ever earned from her screen roles.

COMIN’ AT YA SOONER THAN YOU THINK: Manufacturers of 3-D TV sets believe that new 3-D technology will usher in an era where “there will be less passive sitting back and watching television, and a more immersive, interactive experience.”  Uh-huh.  Panasonic is already out there. LG’s 3-D televisions will be in stores in May or June, and Sony’s new 3-D sets will be available in June. 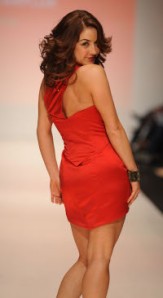 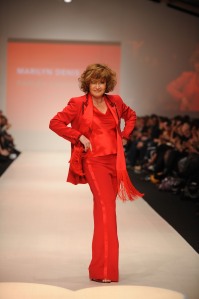 LADIES IN RED: Heart & Stroke Foundation’s Heart Truth fashion show was a highlight of Fashion Week, with glamorous runway turns by such famous fair ladies as Marilyn Denis, Monika Deol, Little Mosque’s Sitara Hewitt, Jessica Holmes, Cathy Jones, Sass Jordan, Erin (Being Erica) Karpluk, Lisa LaFlamme, Elizabeth Manley, Heather Rankin, Monika Schnarre and Amy Sky. Credit photographer George Pimentel for so deftly capturing these belles of the ball. To see Pimentel’s portraits of all the girls in their designer duds, click here … great food, great atmosphere, and a great show are the main attractions this week at the Factory Theatre Spring Gala. Tax-receipt tickets are only $125 and include the 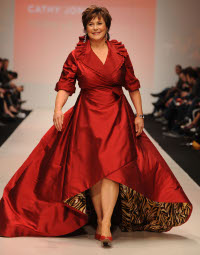 world premiere of Florence Gibson‘s Missing, directed by David Ferry. To reserve tickets call or email Michelle Yeung at 416-504-4473 or via michelle@factorytheatre.ca … $125 seems to be the bargain price this spring. Single tax-receipt tickets for the 5th annual Scrabble With The Stars extravaganza on Monday April 6 are now on sale for the same price, and include cocktails, dinner and having w-o-r-d-s with the more than three dozen stars. To order yours, call  416–777-9674 (Visa or MasterCard accepted.) 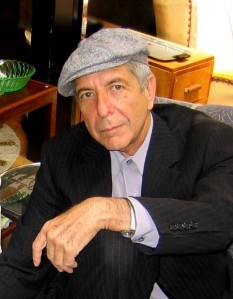 The speaker? Jian Ghomeshi, in praise of the EyeSteelFilm-NFB co-production Rip! A Remix Manifesto, which has now opened right across the country.

And just FYI: My spies tell me that Ghomeshi’s fascinating interview with Leonard Cohen last weekend in the National Post was merely a teaser for his upcoming CBC Radio séance with Cohen on the April 16 edition of Q,

SICK BAY:  Good news is that Robin Williams is reportedly making a quick recovery from open-heart surgery, and that Stacy Keach’s mild stroke 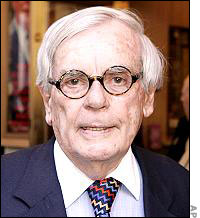 apparently hasn’t slowed him down. He’s expected to return to playing president Richard Nixon on stage in Frost /Nixon as soon as he gets the green light … not so good news is that gifted novelist and legendary Vanity Fair chronicler Dominick Dunne is holed up in the mountains of Bavaria, undergoing daily treatment for bladder cancer at the same clinic rumoured to have given Farrah Fawcett a new lease on life.
We continue to keep all fingers crossed.