Tag Archives: Away We Go

Truth is, I’m having one of those too-lazy-to-write days when I feel like sitting around watching movie trailers instead of typing. And the web is a veritable cornucopia of movie trailers.

Have you visited the Yahoo movie trailer site? Slick ‘n’ easy one-stop-shopping for both current and upcoming flicks. The trailer for Year One, the new Jack Black-Michael Cera comedy, is so funny that it may sell a million tickets before the film even opens. You can get a great sneak peek at 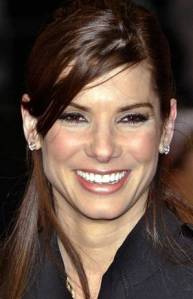 Brad Pitt’s Inglorious Bastards, Sandra Bullock’s new romantic comedy All About Steve, Christian Bale’s take on Terminator Salvation, SNL alumnus Maya Rudolph’s first major film outing Away We Go, the John Travolta-Denzel Washington-James Gandolfini remake of The Taking Of Pelham 1 2 3, and prep for some delightful animation entries, including what appears to be the weird and wonderful  Up and Cloudy With A Chance Of Meatballs You can even preview a new Eddie Murphy movie, Imagine That, that actually looks like it might not suck. Imagine that!

I’ll be back in full swing tomorrow, with a full column that doesn’t once mention Garth Drabinsky.

And that’s a promise.