Marlo Thomas, who blogs on wowOwow.com and decades later still looks like That Girl,  is about to premiere a controversial new play in New Brunswick.

Laurents, now an indefatigable 91, is letting his hand-picked cast take his new play for a test drive at the George Street Playhouse for three weeks so he can tinker with the engine when he’s not preoccupied with his current Broadway revival of West Side Story. 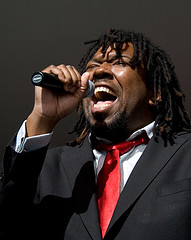 SHARPS ‘N’ FLATS: Mamma Mia composers Björn Ulvaeus & Benny Andersson have written a follow-up to their worldwide hit musical. Their new show, Kristina from Duvemala, reportedly opened in Sweden to ecstatic audience response …  one of the ninth annual ReelWord Film Festival’s most popular attractions is slated for late-night screening this Friday at the Cineplex Odeon Carlton Cinemas on Carlton. Starting at 11 pm, the filmfest’s Music Video Program, supported by BravoFact and MuchMusic, will unspool some unusual, engaging and entertaining music videos by, to name only a few, Simple Plan, Friendly Fire, Alex Cuba, Bedouin Soundclash and The Sicilian Jazz 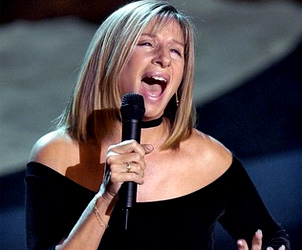 Project …  great news for Beatlemaniacs: The original Beatles catalogue has been digitally re-mastered for the first time, for worldwide CD release on September 9. Two new Beatles boxed CD collections will also be released on the same date … Streisand: The Concerts will go on sale in Great Britain before we get to see it over here. The special three-disc DVD set showcases some of Ms Barbra’s most memorable concert performances over the decades, including 17 songs never before released on DVD … and soul man D.K. Ibomeka, supreme saxophonist Jane Bunnett and violin virtuoso Lenny Solomon are among the nominees for the 2009 National Jazz Awards – and you can vote for them! To cast your ballot, just click here.

LITERATI:  ‘Tis the season to Tell All, sort of. And everybody’s doing it, almost. Including Mary Tyler Moore, who subtitles her second autobiography Life, Loves, And Oh Yeah, Diabetes … the youngest Best Actress winner in history, Marlee Matlin was only 21 when she won the coveted statuette, In her new autobiog I’ll Scream Later she reveals that at the peak of her fame she was about to put herself into the Betty Ford Clinic to fight against her addiction to alcohol. Still an inspiration for millions of hearing impaired fans, she also discusses her sometimes stormy romances with William Hurt, Rob

Lowe, Richard Dean Anderson and West Wing creator David E. Kelley … Simon & Schuster reps are buzzing about Love Child, a new memoir by Allegra Huston, daughter of legendary director John Huston and Italian American dancer Ricki Soma. Her mother died in a car accident when Allegra was only four and Allegra grew up with her siblings Anjelica, Tony and Danny Huston. To make things even more interesting, she later discovered that her biological father was British writer John Julius Norwich … and Joan Rivers is riding high with two, count ‘em, two new books — a spoofy Agatha Christie-meets-Barbara Taylor Bradford mystery called Murder At The Academy Awards, and a highly informative How To (and What Not To) manual on the pleasures and perils of plastic surgery called Men Are Stupid (And They Like Big Boobs.) Rivers fan Larry King did a special web interview with her for his CNN website, and you can see it right here.

GET OUT YOUR HANDKERCHIEFS: If you still have any Kleenex left after seeing the socko finale of the first season of Being Erica on CBC television, wait ’til you watch 46-year-old British villager Susan Boyle try her luck with Simon Cowell & Co. on Britain’s Got Talent. Jane Fonda twittered it yesterday(“I find it so touching!”) and it made all the major national newscasts, and I can honestly say, without fear of contradiction, that Ms Boyle’s performance must truly be seen and heard to be believed. And yes, to see it just click here.

Together again: Fonda & Redford — but only backstage

Fonda seems pretty sanguine about the fact that the critics are coming. “So what. Let them come,” says Jane. “We are so ready we’re about to burst like ripe fruit.” 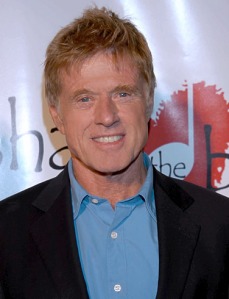 Glenn Close and Arthur Laurents were among the well-wishers who stopped by during previews. “Thank God I didn’t know they were in the audience beforehand!”

And shhhh, it’s a secret – but guess who’s coming to see her this Wednesday?

Her favourite leading man, Robert Redford, who romance her in Barefoot In The Park and The Electric Horseman.

And how, you ask, did I manage to get such a scoop?

Two-time Oscar winner Ms. Fonda, now a mischievous 71, has become an avid Twitterbug. When she isn’t posting updates on her own excellent blog, she’s Twittering.

“Just heard that Redford will see the show next Wednesday,” she twittered last week, then added: “He’d hate that I twittered this.”

At least, after he stops laughing.

PEOPLE:  Angel-voiced songstress Melanie Doane will perform an evening of songs by Irving Berlin, Leonard Cohen, Don Messer, Randy Newman, Stan Rogers, Tom Waits and Hank Snow when she headlines the final concert of Art of Time’s 2008-2009 season on May 26-27 at the Enwave Theatre at Harbourfront …  Marilyn Lightstone opens her new captured-by-camera exhibit, a homage to the Haida Gwai, at the Fairmont in Whistler on March 28. She’ll jet back to T.O. just in time to guest at the fifth annual Scrabble With The Stars on Monday April 6 … and despite rumours au contraire, D.L. Hughley has not, repeat, NOT been sacked by CNN. Yes, his weekly comedy show D.L. Hughley Breaks the News is ending, but CNN swears it’s because D.L. wants to work out of Los Angeles, where his family lives. So Hughley will soon be “a contributor for the network based in Los Angeles.” Meanwhile, his current show, which debuted last fall, will continue airing through March. 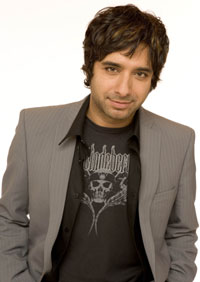 Stroumboulopoulos tried to corner her on camera on The Hour. Surely, he said, of the five books in the race — The Outlander by Gil Adamson, The Fat Woman Next Door Is Pregnant by Michel Tremblay, Fruit by Brian Francis, Mercy Among the Children by David Adams Richards and The Book Of Negroes by Lawrence Hill — she must have a personal favourite.

Maybe Ms. Reisman should consider a side career in handicapping?

Meanwhile, you can catch Avi and author Lawrence Hill with Jian Ghomeshi in the winner’ circle this morning on Q.

A ROSE BY ANY OTHER NAME: Watch this space for names of Canuck newsmakers when nominees for the 2009 Rose d’Or awards are announced tomorrow in London at the British Academy of Film and Television Arts (BAFTA.)