LOVIN’ LAS VEGAS: Don’t know why I thought that Lily Tomlin and Sin City were not a natural fit. Turns out they are. La Tomlin premiered her new

one-woman show, Not Playing With A Full Deck, at the MGM Grand, and reportedly loves Las Vegas! Lily’s partner and personal muse, the unabashedly brilliant humourist Jane Wagner, is the mighty pen behind her new show as well as such previous Tomlin megahits as The Search For Signs Of Intelligent Life In The Universe and Appearing Nitely. Lily’s new show is a mix of Greatest Hits – the characters her fans still can’t get enough of, like Ernestine and Edith Ann – and new characters, and

new technology. Tomlin’s new show ‘try-out’ played in MGM’s Hollywood Theater, which seats about 2,000 people at each performance. And when Tomlin isn’t hanging out with her Big Business co-star and Caesars Palace headliner Bette Midler (The Showgirl Must Go On) or trying to coax Jane (“it’s come down to begging, really,”) into writing a new Broadway show for her, she’s commuting to New York to shoot her scenes in the new season of Damages with Glenn Close. In it she plays the matriarch of a powerful family determined to destroy shady legal eagle Close. Assisting Lily in this mission are Martin Short as her high-powered attorney and Campbell Scott as her son. And yes, she confesses, she and Marty did misbehave one day on the set, when 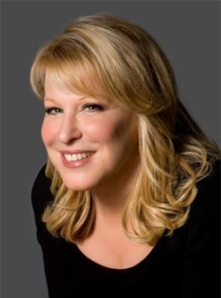 she read her lines as Ernestine and he did his as Ed Grimley. “But never when the cameras are rolling!”

THE SHOWGIRL MUST GO OFF: P.S. for Vegas-bound Bette Midler fans: Your heroine ends her two-year residency at The Colloseum – aka The House That Céline Built – on January 31. Says Bette: “These legs have had such a great run in the desert, it may be time to haul them to places with more humidity and fewer slot machines.”

GET OUT YOUR HANDKERCHIEFS: Yes, it’s true, the latest YouTube sensation is a recent audition for Simon Cowell’s British talent show The X Factor. The singer is a 40-year-old cabinet-maker named Daryl Markham. Markham has his own website now, and is now a household 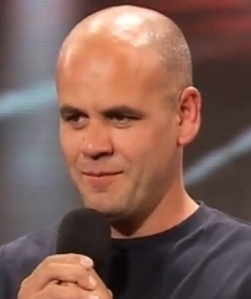 name for millions of people all over the world. But can he sing? You be the judge. To see his now-historic audition, just click here.

NO BIZ LKE SHOW BIZ: Leave it to Reg Hartt to find a copy of the sumptuous MGM musical Kiss Me Kate, with Kathryn Grayson, Howard Keel and young hoofers Bob Fosse & Tommy Rall competing for Ann Miller’s machine-gun taps., in — wait for it — 3D, its screen original format. Cineaste extraordinare Hartt unspools the classic Cole Porter musical this Sunday and next at 5 pm at his Cineforum HQ at Bathurst & College. Adds Reg: “Bring your own popcorn and we will zap it for you.”

Hmmmm, wonder if Stratford’s Kiss Me Kate star Juan Chiorian, now on stage at the Factory Theatre in The Madonna Painter, has ever seen this version? … fan faves Colin Mochrie & Deb McGrath guest with Ron James tonight at 8 pm on CBC Television …  the Kate Rogers Band performs live tomorrow morning on CBC Radio One’s GO! Show. “Tickets are free and everyone is welcome!” sez Ms Rogers … speaking of tickets, you can still snag some for this weekend’s performances of the National Ballet’s spectacular Sleeping Beauty revival before it closes Sunday .. and can you believe that Tonya Lee Williams’ ReelWorld Film Festival, the little movie marathon that grew, celebrates its 10th anniversary next spring? Ms Williams, of course, is currently stationed in Washington, D.C. — on screen, at least — in The Border. And BTW, the ReelWorld call for submissions has already started. So if you have a feature, documentary, short, music video or animation from the Aboriginal, Asian, Black, Latino, Middle Eastern, South Asian or other multi-racial community, click here and fill out the submissions form.