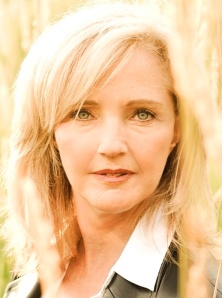 Hall. Then Betty White hosts SNL tomorrow night … also tomorrow night: Funnyman Mike Wilmot wraps his current four-night stint at Yuk Yuks, and George Olliver & Gangbuster rock The Edge in Ajax … what do Bono and Bob Geldof have in common?  Everything, apparently. Which is why the two celebrity activists will edit the Globe & Mail’s special May 10 section devoted to the future of Africa — their way of drawing attention to the issue of extreme poverty in Africa ahead of the G8 and G20 meetings scheduled to be held here next month. Kenyan activist and blogger Ory Okolloh will also be part of Monday’s editorial team … and Linda Kash, Theresa Tova and Judy Marshak are among the featured artists set to interpret new works by playwrights Michael Ross Albert, Ron Fromstein, Bekky O’Neil and Darrah Teitel at In The Beginning on Monday night  at the Miles Nadal JCC. For tickets, click here. 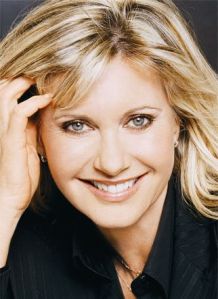 HEAD OF THE CLASS: Hippocrates Health Institute in West Palm Beach, Florida is one of the favourite new showbiz hideaways, attracting marquee names from all over the globe. Sparklies who have already stopped by for a tune-up this season include Anthony Hopkins, Tommy Tune, Glee guest star Olivia Newton-John and Liona Boyd, who confirms she is moving back to L.A. this summer. After six years of trying the East Coast on for size, she says she found Miami too hot, “mosquitoey” and “hurricaney”, New York “too tough and unromantic,” and Connecticut winters “too damn cold!” She’s also returning to the concert stage – Toronto fans can see her May 25 at the March of Dimes fundraising Gala at the Royal York – and In the meantime, don’t be surprised if you see her in T.O. this weekend. She’s planning to be here tomorrow for her high school reunion!

Burek, Léger performs her legendary one-woman show in English May 14-29, followed by a run en français May 31-June 5, at the Berkeley St. Theatre Downstairs … Perry Perlmutar promises to “try to be extra funny for you” when he opens at Absolute Comedy next week … and among the major entries set for the Harold Green Theatre next  season: Zero Hour, with Jim Brochu as comedy icon Zero Mostel, directed by indomitable screen siren Piper Laurie. Meanwhile, the amusing and engagingly tuneful Soul Of Gershwin, a lightherarted exploration of George & Ira’s roots in klezmer music, closes tomorrow night at the Winter Garden. To snag last-minute tickets, just click here. And have a happy weekend!