NO PEOPLE LIKE SHOW PEOPLE:  Erudite interviewer Evan Solomon will take a page out of Reach For The Top host Alex Trebek‘s dictionary next 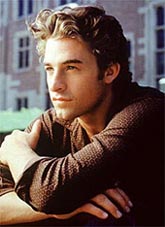 season when he hosts  CBC’s new reality game show, Canada’s Super Speller, as 12 young finalists vie for the title. (Okay, kids, can you spell S=t-r-o-u-m-b-o-u-l-o-p-o-u-l-o-s?) … fans of Scott Speedman and Arsinee Khanjian will soon to get to see their much-anticipated work in  Atom Egoyan‘s prize-winning Adoration when the drama opens here next month. For a sneak preview, click here … and you’ve probably heard all about it by now, but Lindsay Lohan‘s send-up of her somewhat battered public persona, created earlier this month for Will Ferrell’s Funny Or Die website, gets smarter and funnier every time I revisit it. If you missed it, click here. And enjoy! 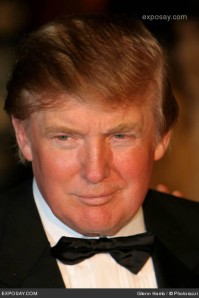 set to air on Fox TV. Workers at struggling firms will be enlisted to choose who will get a pay cut, a raise in salary, or lose his or her job completely — based on information about their colleagues’ pay and reviews of their past performance. One troubled company — and a new layoff — will be featured each week.

According to Endemol, the concept “is the reverse of reality shows like The Apprentice or The Rebel Billionaire, in which a business mogul like Donald Trump, Alan Sugar or Richard Branson progressively whittles down prospective employees in a prolonged survival challenge/job interview.”

True — but Survivor candidates have been voting each other off the island for almost two decades, and Big Brother’s ‘houseguests’ have voted to evict each other for the past 10 seasons. So a new show it may be, but a highly original concept it ain’t. 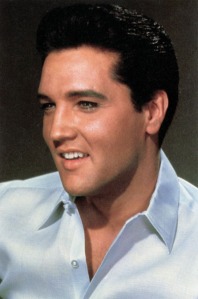 SOMEONE’S IN THE KITCHEN WITH ELVIS:  Who is it? None other than New York gossip girl Liz Smith, still the showbiz columnist of choice. In her book Dishing Liz writes about her collection of Elvis Presley cookbooks. “These actually exist,” she insists. “Are You Hungry Tonight? …The Presley Family & Friends Cookbook  … The I Love Elvis Cookbook, and the one that is my all-time favorite, Life & Cuisine of Elvis Presley.”  Liz claims she often goes to bed hungry and just reads Life & Cuisine with her mouth watering. “Elvis might have lived longer if he’d eaten only fish, tofu and vegetables,” she muses – “but can one call that living? I can’t see Elvis getting off food anymore than he could get off drugs. Linus had his blanket … Proust his Madeleine … Elvis had his (cook) Pauline on duty.”

DAVID IS HIS LYNCH-PIN: Last year film director David Lynch (Twin Peaks) gave a speech about the nature of Creativity that proved inspirational for 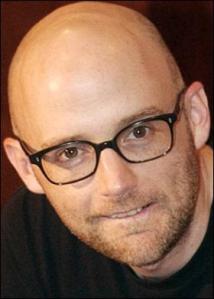 singer-songwriter Moby. Moby says Lynch’s remarks led him to focus on making a new album he loved, without really overly concerned about how many CDs he might sell.“As a result,” he says, “it’s a quieter, more melodic, more mournful and more personal record than some of the records I’ve made in the past,”

EMI Music Canada will release Moby’s new album Wait For Me in Canada on June 30th. And the video for the album’s debut track, Shot In The Back Of The Head, is shot by none other than ol’ Blue Velvet-eyes himself, David Lyuch. And you can watch it here.