CUCKOO FOR COCO: It’s definitely the year of Chanel.  First Shirley MacLaine stars as the legendary French designer in the hit Lifetime mini-series

Coco Chanel …  then Audrey Tatou (Amelie, The DaVinci Code) stars as the young Gabrielle in Anne Fontaine’s new feature, Coco Before Chanel. (A poster for the film showing Tatou, as Chanel, smoking a cigarette, was actually banned by the ever-politically correct Parisian authorities. Never mind – Tatou has been named as the new face of the Chanel No.5 perfume, taking over from Nicole Kidman.) And closing night at Cannes is reserved for Coco Chanel & Igor Stravinsky, with Anna Mougalis as the designer, trying to cope with her passionate affair with the Russian composer, pianist and conductor in 1920.

World War II miniseries The Pacific, set to air next season, has already been sold into most major markets, including the UK, Germany, Canada and France … inspired by the box office returns from the unexpected hit He’s Just Not That Into You, Warner Bros. is preparing a new romantic comedy for next Valentine’s Day called, you guessed it, Valentine’s Day.  Director Garry Marshall is currently wooing the aforementioned Ms. Maclaine plus Julia Roberts, Anne Hathaway,

Jennifer Garner, Jessica Alba, Jessica Biel, Bradley Cooper and Ashton Kutcher, among others, but admits the film is still more a negotiation than a movie. Still, sounds like fun … and Heath Ledger’s last film, The Imaginarium of Doctor Parnassus, premieres out of competition tonight at Cannes. Ledger’s character is also played by Johnny Depp, Jude Law and Colin Farrell, who helped director Terry Gilliam complete his film.

BROOKS: Berlin (and not Irving)

Green Gables lore. Adds Harron, who co-wrote the legendary Canuck musical with Norman Campbell: “This is my first book in English!” Well, the Queen’s English, maybe. Up to now his most celebrated literary ventures have been penned by his inimitably eloquent alter-ego, hapless Hee Haw hero Charlie Farquharson …  plans for a Broadway transfer of the Kennedy Center production of Ragtime are moving ahead. The new $4M production, considerably less lavish than the Garth Drabinsky original, won rave reviews when it opened in Washington D.C. last month … and just when you thought you’d seen it all, the blockbuster  musical version of Mel Brooks’ The Producers, which premiered in Moscow earlier this month, has finally opened in Berlin, eight years after it conquered Broadway. It’s booked for a two-month run at the Admiralspalast, where Adolf Hitler liked enjoyed light operettas from the Führer’s box. And yes, it appears to be a hit, despite some media reservations. “Should one be allowed to laugh about Hitler?” asked the Berliner Morgenpost.  Answered The Berliner Zeitung:  “People in Tel Aviv laughed.”  ‘nuff said.

DOORS-OPEN CBC: Our perpetually beleaguered public broadcaster – the one owned by us, not the government – joins in this weekend’s Doors Open 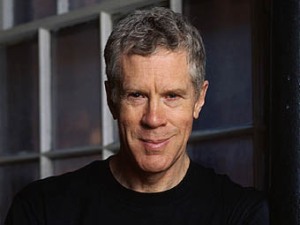 Toronto festivities by inviting us to visit The Broadcast Centre (at Front & John, opposite the Metro Toronto Convention Centre and the Rogers Centre) for studio tours, demonstrations and celebrity-spotting tomorrow from 10 a.m. to 4 p.m. This is your chance to meet cast members from The Border, Dragons’ Den, Little Mosque on the Prairie and This Hour Has 22 Minutes, many of the hosts from CBC news, current affairs, and sports programs, and such CBC Radio icons as Stuart McLean.