SHARPS & FLATS:  Crowd-pleasers Kelly Clarkson and Jay Leno are both set to entertain at Fallsview Casino next month, with the increasingly popular World Rock Symphony Orchestra now set to return in April …

sublime Canadian soprano Adrianne Pieczonka continues to dazzle as Tosca in the lavish COC production at the Four Seasons Centre now through Feb. 25 …  Daniel Lanois is set for two CBC Music concerts next month at the Great Hall on Queen Street.  The concerts coincide with Lanois’ induction into the Canadian Music Industry Hall of Fame during Canadian Music Week festivities that same week … and legendary country gentleman Tommy Hunter will celebrate his 75th birthday by hanging up his guitar once and for all. Currently on tour, he’ll blow out the candles at a splashy birthday party in London, ON, on March 20, right after he gives his final concert at the John Labatt Centre. Should be quite a night!

HATS OFF:  To Tony Bennett and Celine Dion, who skipped the platitudes and went straight to the heart of Whitney Houston’stragic demise. Bennett says he has received mostly positive reaction to his statement urging the legalization of drugs in the U.S.

Legalization, he believes, would get rid of all the gangsters. “One thing I’ve learned about young people, when you say ‘Don’t do this,’ that’s the one thing they’re going to try and do. Once it’s legal and everybody can do it, there is no longer the desire to do something that nobody else can do.” Bennett, now 85, survived his own cocaine habit in the late ‘70s. Houston, who was 48, had admitted to using cocaine, marijuana and pills in the past. Dion, who is now, 43, considered Houston  “an amazing inspiration” but was clearly upset that “drugs, bad people, bad influences, took over her dreams, her motherhood,” she told Good Morning America this week. “When you 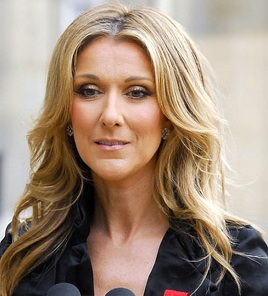 think about Elvis Presley, Marilyn Monroe, Amy Winehouse, Michael Jackson — to get into drugs like that for whatever reason – because of stress, bad influence, whatever — something happens that I don’t understand. That’s why I’m scared of show business, of drugs and hanging out. That’s why I don’t go to parties!” The private By Invitation Only funeral for Houston is set for tomorrow in New Jersey.

AND YES, YOU SHOULD TAKE IT PERSONALLY:  She’s worth millions and demonstrates how she got there every week on CBC’s megahit series Dragons’ Den.  But Arlene Dickinson shares even more of herself in her first (but, I predict, not her last) bestselling book, Persuasion, with some hard-won personal advice that everyone can use. “It’s a good idea,” she notes, “to take a hard look at your own narrative. Think about how you’d tell your life story to a Hollywood producer, how you’d explain the highs and lows. Have you cast yourself as a victim of circumstance? If so, maybe your story could use a rewrite, starting with the lead character who has choices – and sometimes makes the wrong ones.”

Making the wrong ones is something Dickinson knows about. She’s made quite a few herself. But, as she points out, those of us who have made some wrong choices along the way are in good company. High achievers are mistake makers, a fact she illustrates with engaging examples from Henry Ford to Oprah. (My favorite? Thomas Edison’s perspective on his many unsuccessful attempts to invent the light bulb. “I didn’t fail one thousand times. The lightbulb was an invention with one thousand steps.”)

Persuasion is about the art of connecting with the person you seek to persuade. It’s about caring. And about how to master “a little-known secret to success in business”  – listening. But because Dickinson makes it personal, Persuasion is much more than a How To book; it’s a survival guide for the mind and, sometimes, the soul. And within that survival guide are some valuable insights on corporate culture. “Staying in a situation you hate and complaining about everything that’s wrong, but never trying to fix it, doesn’t make you a martyr. It makes you complicit.”  Similarly, her views on our ability to choose the consequences of failure are bracing and refreshing. Bitterness is not an option, she insists, and shares another favorite quote, this one by mathematician Blaise Pascal: “Bitterness is like drinking poison and waiting for the other person to die.”

As CEO of Venture Communications she also has  some genuinely amusing business stories to tell, including the time one of her partners,  trying to save the company money, arranged for her team to stay on a friend’s sailboat off Vancouver Island instead of paying for pricey Vancouver hotel rooms. When they arrived at the dock she noticed that the boat’s name was Important Business  — and “suddenly realized what my partners meant when they told me in the past that they work ‘going away on important business.’ They were talking about this sailboat!”

Stylish on screen and off, she appreciates the fame that television has brought her but resists the urge to take it for granted. “I have exactly the same insecurities anyone has,” she admits. “If anything, they’re even more overwhelming when you know a couple of million people are seeing all your flaws in high definition!” And despite the fact that her on-screen chemistry with fellow Dragon Kevin O’Leary has made her an audience favourite, her account of her auditions for Dragons’ Den (yes, she had to do more than one) and how she had to discipline her own self-doubts to get the job — she replaced another Dragon when she came to the series in its second season — is intriguing inside stuff.

Of course that’s why Persuasion is a bestseller. It’s a hypnotic, hard-to-put-down book of life lessons shared by someone who had to learn most of them the hard way. As Arlene Dickinson sees it, the main obstacle standing in our way is, not surprisingly, us. “Our past shapes and influences who we are, but it doesn’t limit who we can become.” Persuasion, as promised, is a new approach to changing minds. And although she preaches the power of persuasion, she urges her readers to be sure of their objectives, be they personal or professional. “Before you set out to persuade someone,” Dickinson writes, “you need to be certain that you actually want what you’re asking for. Because you just might get it.”