BROADWAY BABIES: He’s so good in Desperate Housewives that we sometimes forget that it was Roger Bart who originated the title role of the

sexually deprived, spiky-haired Young Frankenstein on Broadway in 2007. Good news is, he’s set to reprise his star turn when the Mel Brooks musical opens in Toronto next spring. And coming with him are two of his Great White Way co-stars, Shuler Hensley as the Monster and Cory English as Igor …  Liza’s at the Palace, a recording of Liza Minnelli‘s most recent show as it was performed at the MGM Grand’s Hollywood Theatre in Las Vegas, will be broadcast as a 60-minute special on PBS 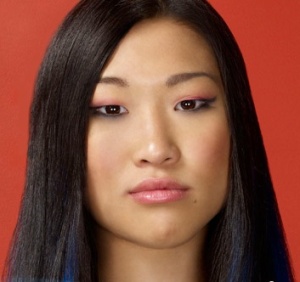 USHKOWITZ: back to Broadway?

stations this month. A DVD version of the full two-hour production will be available on February 2 … former Spring Awakening star Jenna Ushkowitz, currently playing Tina on the hit FOX-TV series Glee, says she still dreams of returning to Broadway in a revival of Miss Saigon. “And I’ve been pushing and pushing to be seen for the film version, too!” … and here’s one for your Daytimers: The indefatigable Elaine Stritch officially returns to soignée saloons January 5 – 30, with a new show titled At Home at the Carlyle: Elaine Stritch Singin’ Sondheim. 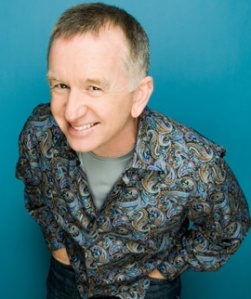 NO BUSINESS LIKE SHOW BUSINESS: The Toronto Banjo Band headlines this year’s annual King Township Historical Society concert this Friday at 7:30 PM at St Andrew’s Presbyterian Church in King City. For reservations, call 905-841-5048 or 905-833-3324 … Ballets de Monte-Carlo and the Monaco Dance Forum next week open a seven-month salute to the 100th anniversary of Ballet Russes. The festivities run Dec. 2009 thru July 2010 in Monaco … shhhh, it’s a secret, but there may be some seats still available for the taping of the Ron James’ New Year’s Eve Special, tomorrow and Friday at 7 p.m. at the CBC.  Special guest stars include Gemini 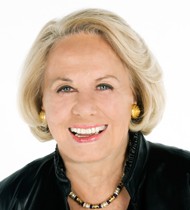 SMITH: advisor to the stars

Award winners Peter Keleghan, whose new CBC-TV series 18 To Life bows in January, and Patrick McKenna. To become part of the live studio audience, contact tickets@enterthepicture.com … and Manhattan gossip girl Liz Smith says she was surprised to see herself in the December issue of Glamour magazine. Go to page 86, she says, and “you’ll see me giving unwanted advice to A-listers like Lindsay Lohan, Miley Cyrus, Julia Roberts, Jennifer Aniston, Kate Hudson, Mariah Carey and Madonna. None of these big stars will read or take my advice, of course. Never mind! … I gave it.”  Attagirl!

SHARPS ‘N’ FLATS: Nominations for the 10th Annual Canadian Independent Music Awards – “The Indies” – are now open. Submissions are being

accepted through The Indie Awards website at http://www.indies.ca, as well as through Sonicbids at http://www.sonicbids.com/indies2010 until December 15, The awards will be handed out on Saturday, March 13, 2010 in Toronto as part of Canadian Music Week.  For additional eligibility requirements, voting procedures and a complete list of award categories, click here ... Kim Mitchell, Divine Brown, Broken Social Scene and The Beauties (a.k.a. Now magazine’s Top Indy Band Of The Year) have all signed on to spread musical cheer at the fifth annual Andy Kim Christmas Show on Dec. 9 at The MOD Club. All Proceeds will benefit the Regent Park School Of Music. Call Ticketmaster to 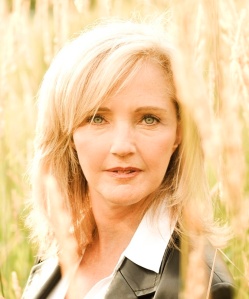 MARSHAK: only A Matter Of Time

reserve your seats now … and at long last, veteran showstopper Judy Marshak has finally released her first album, A Matter Of Time, and as expected, it’s a musical bonbon to savour. Marshak brings a unique interpretation to tunes by Harold Arlen, Joni Mitchell and Randy Newman, but the real revelation is the calibre of her lyrical collaborations with John Alcorn, including the title track (not to be confused with the John Kander-Fred Ebb song created for the 1976 Vincente Minnelli film of the same name.) Add such top-of-the-heap musicians as Rob Piltch, Marc Rogers, Denis Keldie, Guido Basso and Davide Direnzo, and your ears will thank you for listening. To sample some of the Marshak’s musical magic, just click here.

Emilio shows his dad The Way,

and Jason & Carly indulge in some hot text