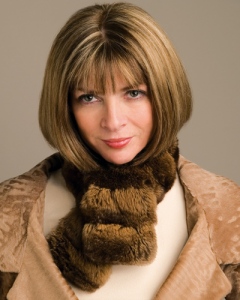 WINTOUR: in the Soup

an extraordinary behind-the-scenes look at the creation of the annual September issue of Vogue magazine — and an unprecedented gaze into the life of fashion icon Anna Wintour, the inspiration for Meryl Streep’s character in The Devil Wears Prada – are already sold out, making it the hottest ticket in Doc Soup history …Chita Rivera celebrates the release of her new CD And Now I Swing tonight at famed Manhattan music room Birdland … Daniel Lanois, set to return to The Troubadour in L.A. this Thursday, has a new stream-lined website … and Rick Mercer, who never saw a loaded gun he didn’t want to play with, tries his luck with 19th century weapons tonight when he participates in a re-enactment of the War of 1812 on the Rick Mercer Report at 8 pm on CBC-TV.

LITERATI: Writer Ian Brown reads from his riveting, rave-winning Boy In The Moon tonight at McNall-Robinson at the new (and vastly improved) Don Mills Centre …Rex Murphy (Canada And Other Matters Of Opinion) headlines next Sunday’s Ben McNally/Globe & Mail brunch series at the King Eddie … Linden MacIntyre serves up pages from his Giller-nominated Bishop’s Man on Oct 21 at the Bonnie Stern Book Club ($135 includes dinner and recipes) … former PM Paul Martin wades through Hell Or High Water on Oct 27 at the Edward Johnson Building (behind the Planetarium) … glamourous survivor and voice-in-the-wilderness Suzanne Somers launches Knockout, her book of interviews with doctors who are curing cancer – “And How to Prevent Getting It in the First Place” – on Oct 29 at the John Bassett Theatre … most intriguing novel on the immediate horizon: Doug Coupland’s Generation A … and my favourite book title so far this fall? 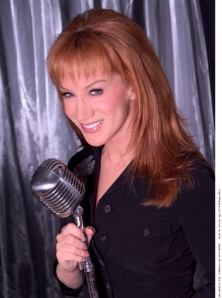 CALENDAR JOTTINGS: Industry nights for the upcoming 2009 Gemini Awards are next Monday Oct.19 & Tuesday Oct. 20 … that thumb-happy RIM team (yes, the Canadians who gave us the Crackberry) will be feted at a Design Exchange gala in their honour on Oct. 24 … the seventh annual fund-raising dinner for Pierre Berton’s Writers Retreat is set for Nov. 17 at the Berkeley Church on Queen Street East … Tutored Tastings, the new Gourmet Food & Wine Expo, is set for Nov. 19-22 at the Metro Toronto Convention Centre … and outrageous Brit comic Graham Norton is confirmed as host of the 2009 International Emmy Awards honouring Sir David Frost on Nov 23 at the New York Hilton.