tonight on The Tonight Show. At the risk of being mistaken for my favourite Insight gurus Shirley MacLaine, do we really believe this charming moppet has learned the more than 220 tunes he tickles out of those ivories? No, we do not. We believe he is remembering and re-imagining a talent from at least one of his past lives. But he’s so engaging, and so much fun, and every inch a little old man hiding in a little boy’s body, that I can”t wait to see him again with Jay tonight. If you missed his first stint with Jay, click here and enjoy! 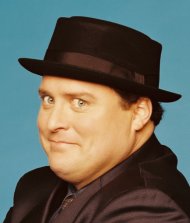 NO PEOPLE LIKE SHOW PEOPLE: Hat trick charmers Stacie Mistysyn (Degrassi), Daniel Cook (This is Daniel Cook) and Rachel Marcus (Booky) will co-host a special 35th anniversary edition of the annual Alliance for Children and Television Awards of Excellence Gala in Toronto on June 3 at CBC’s Glenn Gould Studio … Christina Jennings’ new series The Listener premieres June 4 on Space, CTV and NBC … and Sean Cullen brings his I Am A Human Man Tour to T.O.’s Panasonic Theatre on Sunday May 31. 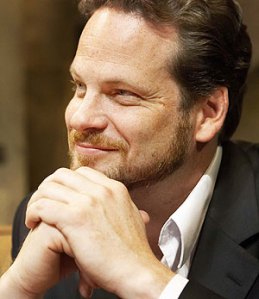 provocative play that astonished and moved audiences in its original incarnation.  This groundbreaking production returns for a two-and-a-half weeks only, opening June 6 at Tarragon Theatre’s Extra Space …  Soulpepper chief Albert Schultz opens Clifford Odets’ turbulent comedy-drama Awake And Sing! on June 16 at the Young Centre for the Performing Arts … and award-winning theatre artist Tracey Erin Smith returns to T.O. with The Burning Bush, a new theatrical extravaganza that combines her two hit solo shows The Burning Bush! and Two in the Bush! Smith, who plays a ‘stripping rabbi’ who saves souls one lap dance at a time, will test-drive her new show in New York  (talk about yer out-of-town try-outs!) before opening June 18 at the above-mentioned Young Centre for the Performing Arts. 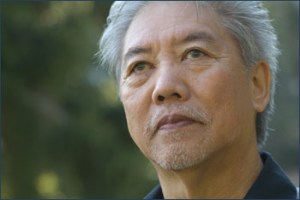 LITERATI: Bookseller Ben McNally is set to serve up Wayson Choy and his new bestseller Not Yet at the Globe & Mail Authors Brunch at the King Eddie on May 24 …  Jerry Levitan will launch the illustrated book version of his Oscar-nominated autobiographical saga I Met The Walrus at Indigo Eaton Centre on May 25 …  and BNN’s Amanda Lang has been tapped to referee the Walrus Magazine-hosted debate Do Canada’s Counter-Terrorism Measures Unduly Compromise Privacy And Freedom? Opposing debaters will be author Daniel Stoffman (Are We Safe Yet?) and Toronto Star national affairs columnist Thomas Walkom.  The intellectual bun-flight, one of The Walrus’ series of Lively Lunch Debates, is set for Thursday May 28 in the 68th floor York Room at First Canadian Place, and promises to be highly stimulating. So how come it sounds like an elective root canal? Or is that just me …

NEW WORLD ORDER: Web savants Coldplay will be giving away an exclusive live CD, titled LeftRightLeftRightLeft, to all fans attending their  Viva La Vida summer tour and at every remaining live show in 2009.  The CD will also be

available as a free download during the same time period through their website http://www.coldplay.com. Their Canadian tour starts June 15 in Winnipeg, hits the Rogers Centre in T.O. on July 30 and wraps Aug. 1 at Parc Jean-Drapeau in Montreal … Search Engine, the popular online podcast and radio show that was a victim of CBC’s recent cost-cutting, is moving to TVO. Search Engine was canceled on radio last year, but it lived on a podcast, where it found a devoted audience … EMI Music has made a deal with the Fairmont hotel chain givng Fairmont guests exclusive access to discounts on digital music and other music related experiences from artists such as Coldplay, Moby, Lily Allen, Keith Urban, Katy Perry, The Beach Boys and more … and in a Canadian first, Corus is now offering direct iTunes accessibility on 11 of its radio station websites, allowing listeners to shop from playlists featured on the stations as well as top picks from on-air talent and celebrity guests.